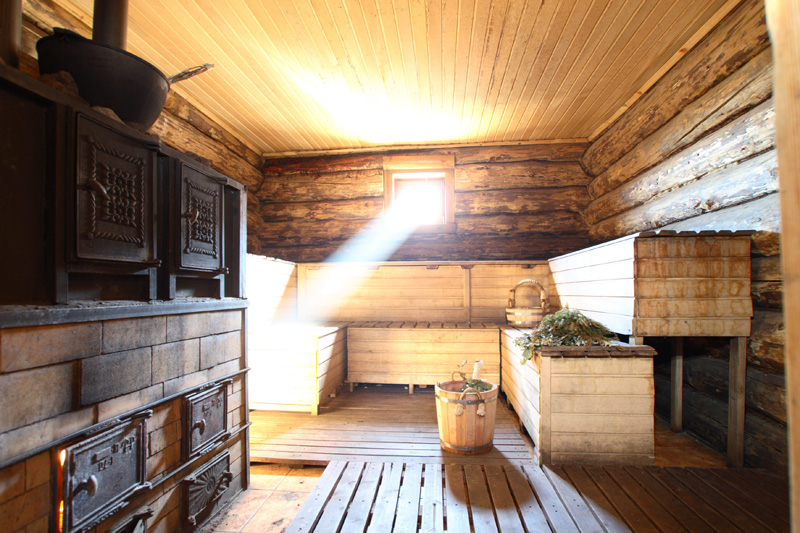 The Banya of Russia and The History of Steambathing

The Banya of Russia and The History of Steambathing

Steam Bathing: A Journey through the Ages continues with part 7, an exploration of the Banya of Russia.

Welcome to the Banya of Russia!

Apostle Andrew, who visited Russia and the Ukraine back in the 1100s, was the first in history to describe the banya, the term that encompasses steam baths popular throughout Eastern Europe. He wrote about the wooden bathhouses, which were heated to extreme heat, and how the Russians would lash themselves with reeds before drenching themselves with cold water. He concluded:

“They think nothing of doing this every day, and actually inflict such voluntary torture on themselves. They make of the act not a mere washing but a veritable torment.”

In the same Chronicle, Andrew also tells how Princess Olga revenged the murder of her husband, Prince Igor, by a Slavic tribe by inviting the leader to take a steambath with his soldiers. Once they were inside, the doors were locked and the bath house was set afire.

It is from such violent roots that the tradition of banya took hold and has become an integral part of Eastern European culture. Visitors to Russia would write about them throughout the decades, including Casanova in 1774.

Western Europeans, who had no tradition of bathing of their own, were always astonished at how entire villages would come to the banya together, luxuriating in the hot steam and cooling themselves off in the snow or in cold water.

There are two types of banyas – black banyas where smoke escapes through a hole in the ceiling, and white banyas which use exhaust pipes to vent the steam.

Traditional banyas have three rooms: one for steam, one for washing, and an entrance room with pegs for clothing and benches for relaxation.

Tea, beer and other drinks are served in the entrance room, and people often linger there, playing games or socializing.

People enter the steam room once rocks or clay balls in a stone stove have become hot, but before water from a bucket is poured over them, so they can raise a good sweat first. This is thought to protect the skin from any detrimental effects of the steam.

Temperatures in the banya often reach 200 degrees Fahrenheit, and bathers protect their skin with felt hats, mitts, and small mats. They use bunches of dried branches and leaves from white birch, oak, or eucalyptus, called veniks, to improve circulation. Aromatherapy is often used in the steam for its health benefits and because it makes the bath that more enjoyable.

The Russians care so much for their steam baths that they also made them portable. Hiking banyas, a tent extended over a makeshift oven of local stones, are used by soldiers, hikers, and people who travel in the country’s harshest environments.

Often set up near lakes or rivers, to supply cool water for bathing and steam, stones are made into a dome-shaped over, and firewood is burned until the stones are hot enough to create steam. In the coldest reaches of the Russian steppes, the banya is quite a luxury.

Beware the Bannik of the Banya of Russia!

Like the Turkish Ginn, who haunted the hamam, banya come complete with a devil of their own, the Bannik, an old man with hairy paws and long nails. Most of the time, the Bannik stays under the banya’s benches, but if someone angered him, he throws hot rocks and boiling water, or claws the skin of bathers.

A bather protects himself by making the sign of the cross when entering, companionably wishing fellow bathers and good bath, and saying goodbye to the Bannik upon departure.

Life, Death, Weddings and Funerals Include the Banya

As in many of the other cultures we have visited, the banya is used during life events such as birth, weddings, and even after a family member has died. Women find the banya an ideal environment for giving birth, and Tereschenko, a 19th Century Russian wrote that the custom of birthing in the banya “was not only followed by women of the Bojar (nobility) but also among the Royal families.” Midwives were trained in keeping the Bannik from harming mother or child through ritual and prayer.

It was customary for Russian grooms to lift a new bride over the banya threshold to avoid stillbirth. The couple undressed and tossed water on the rocks, while wedding guests threw rocks and pottery to frighten the Bannik. A Russian saying was:

“A couple that sweats together, stays together!”

Even death included banya customs. The deceased was supplied with a vennik for banyas in the afterlife, and mourners would bathe together after the funeral, to ensure that their loved one was warmed during the journey to the afterlife.

As we’ve seen elsewhere, coed bathing and casual nakedness led the Church to condemn banya usage. But the custom was too interwoven into the culture, and the Church was never able to make the inroads in stopping the bath houses that they made elsewhere.

The Banya of Russia: Tied to Russian Health

The role of health is an important aspect of the banya, and visitors to Russia often remarked how the banya was tied to the hearty Russian constitution. From 1877 to 1911, more than 30 medical treatises were published in Russia about the medicinal effects of the banya, an influence that lives on today. The Revolution supported the custom, tying it to sanitation and the halt of disease.

If you’d like to visit a Russian bathhouse while in Russia, the most famous and largest one in Moscow is Sanduny, established 200 years ago.

With three men’s and two women’s bathing sections, the complex also offers private rooms and a full complement of services. While its 19th Century grandeur is a far cry from a rudimentary hiking banya in Siberia, it offers unsurpassed luxury within the classical tradition.

Our next and final stop on the blog tour takes us to our own shores, as we explore the role of steam in the immigrant experience.