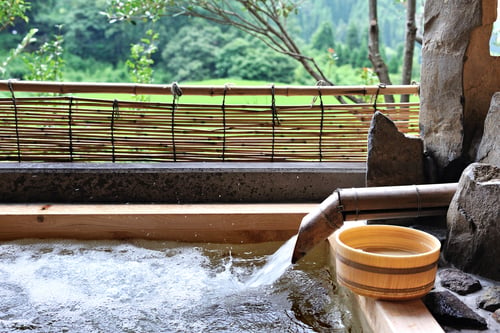 Steam Bathing History: The Onsen and Sento of Japan

Steam Bathing History: The Onsen and Sento of Japan

Steam Bathing: A Journey through the Ages continues with part 4, a visit to the Onsen and Sento of Japan.

If you are new to this series, be sure to check out Steam Bathing: A Journey Through the Ages, which introduces the journey, Steam Bathing History With the Ancient Greeks and Romans, and the Sweat Lodges and the Temazcals of the Native Americans.

Japan's tradition of geo-thermal bathing reaches back more than 3,000 years and is the subject of legend and myth. As an island nation poised atop active volcanoes, the country boasts 2,300 mineral-rich hot springs called onsen.

Many of these natural hot springs were discovered by ancient hunters. The hunters were led to remote pools by wounded animals who knew the waters would help them heal. Today, many onsen facilities include statues of brown bears and white herons, to commemorate how the springs were discovered. The hunters believed the gods sent these animals to lead them to divine waters.

These onsen were simple, rustic baths outside, set against snow-topped mountain ranges. You can imagine the experience today as the tolling of Buddhist temple bells weaves its way through the air. 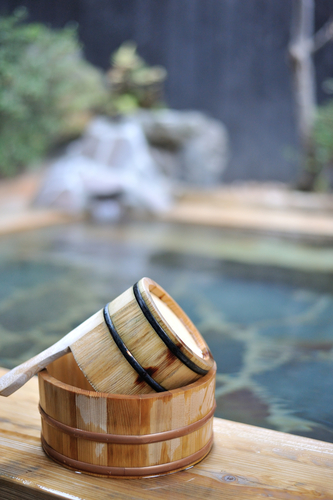 Buddhist monks were instrumental in popularizing onsen. After their arrival in Japan in 552 BCE, the Buddhists integrated the ritual of the baths into their daily practice. Immersing one’s body into divine waters cleanses it, helping the bather adhere to Buddhism’s core tenants: detachment and the washing away of the sins of the mortal world.

During the Kamakura Shogunate in the Sengoku era (12th-17th Century), samurai used the thermal springs to heal their wounds, especially waters rich in gypsum, whose high calcium content was particularly potent. These noble warriors were not pleased when, during the Edo period of the 1800s, the culture of onsens spread to the common people. The samurai swiftly imposed segregated bathing times, to avoid the dishonor of bathing with lowly merchants.

Steam Bathing and Nudity in Japan

The Japanese approach to nudity is radically different from Western modesty, and mixed gender bathing was the norm for centuries. In the 1500s Christian missionaries tried and failed to stop the practice. In fact, many people ascribe Japan’s resistance to religious conversion to the Japanese disdain for how unclean the Europeans were at that time. Mixed bathing would only change in the 1950s.  Women members of the Japanese parliament passed laws requiring the onsen to separate male and female baths. Mixed bathing is still permitted, but is largely optional. 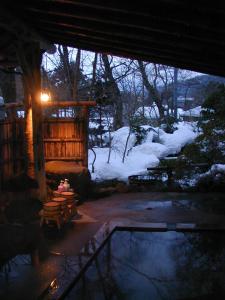 In the 1700s, Goto Konzan, a doctor from Edo (Toyko) embarked on the first medical study of the therapeutic qualities of geo-thermal bathing. Since World War II, more than fifty hot spring hospitals were set up, used in the treatment of rheumatism, hypertension, digestive disorders, injuries, and recovery from surgery.

The Difference Between Onsen and Sento

Japan designates its onsen according to strict rules.

1. The natural hot springs have to be 25 degrees or higher naturally.

2. Onsen must contain at least one of 19 chemical elements, including radon and metabolic acid.

Onsen were outdoor pools traditionally, but many of the Japanese bathing houses also include indoor bathing. Outdoor baths are exquisite, placed in tranquil surroundings, made from cypress, marble or granite. Indoor facilities utilize more contemporary materials, such as tile, acrylic glass, or stainless steel.

Most ancient Japanese houses did not have indoor baths, so the public frequented sento - translated as “money hot water” – which use heated tap water rather than natural springs. As more people acquired indoor plumbing, the popularity of sento has waned, though they are still a place for social gathering and relaxation. Indeed, many modern sentos include such amenities as fitness centers. 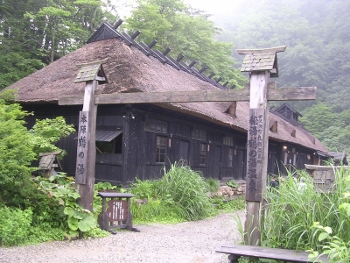 Western visitors to Japan may feel intimidated by Japanese bathing rituals, but following these simple rules should help:

The most rewarding way to experience the onsen is to stay at a ryokan, a Japanese-style inn. In addition to the baths – often visitors take one before dinner, another before bed, and one upon rising in the morning – these inns are wonderful places to experience  tatami floors, futon beds, and local fare. The village of Nyuto Onsen includes eight ryokan, including the 300-year old Tsuruoyu, the region’s oldest and most famous inn (see image above). This is a wonderful place to step back through the centuries and immerse yourself in authentic Japanese culture.

Next in our series about Steam Bathing through the Ages, Turkey and the Middle East, as we explore the hammam. As-salaam 'alaykum!

Be sure to visit Mr. Steam to see how you can incorporate these benefits in your home!