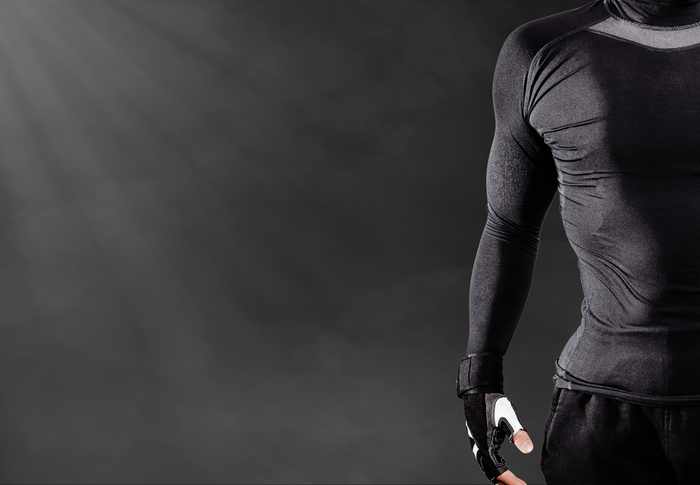 HOW ELITE ATHLETES USE STEAM TO RAISE THEIR GAME

HOW ELITE ATHLETES USE STEAM TO RAISE THEIR GAME

As many sports superstars know, regular steam showers could help you get the most out of your athletic potential. Here’s how.

The lengths athletes go to boost performance—to improve one second on a 100-yard dash or add another foot to their home run power—are extensive. Hyperbaric chambers, cryogenic devices, high altitude machines, obscure-sounding herbal concoctions that may or may not be healthy—athletes have tried them all. Then there are those who go to the dark side and sacrifice it all by using forbidden substances to win a gold medal or championship. The obsession with winning is as old as sports itself.

Wanting to excel at athletics, especially at the Olympic or pro level, takes tremendous dedication and sacrifice. The bottom line? Athletes will try anything, but if it doesn’t work, if it doesn’t help boost performance, they quickly discard it and move on.

This is why so many sporting goods and nutrition companies pay big bucks for big-name stars to sign endorsement deals. But what really tells you something has merit in the sports world is how long the performance-enhancing tool has been in use.

And that brings us to steam rooms. Since the days of Roman gladiators and Greek Olympians, high achieving athletes have used steam heat as a performance enhancer. As the Huffington Post once put it, steam baths are “the best health and fitness tool you’re not using.”

That’s not the case with many top athletes, including some NBA players and Olympic performers, who utilize the wonders of intermittent heat to raise their game. They’ve learned that steam therapy supports a lifestyle heavy on intense physical demands. Steam showers are recuperative and help aid critical bodily functions necessary for superior athletic performance.

So what makes steam therapy so effective? Let’s go to the highlights.

One of the most important elements in athletic success is endurance. Both muscular endurance and aerobic capacity are crucial in outlasting your competitor.

Steam has shown in research to support respiratory health and ease pain in the lungs and throat. Intermittent hyperthermia also helps clear up your breathing passages and dislodge stubborn mucus, therefore pumping more oxygen into your bloodstream. By acting as a natural expectorant, steam therapy may help clear any obstruction and may even help alleviate exercise-induced breathing difficulty. That’s extremely important to athletes of all types. Another study found that two intermittent heat sessions lasting 30 minutes helped boost endurance output by 32% in some athletes.

Whether it’s the workout or the performance itself, steam could help muscles recover for the next exertion. This is vitally important for athletes.

Another way a steam shower may help recovery is through removing lactic acid. Lactic acid is the buildup of toxins in the muscles that result from overwork. A study found that intermittent heat treatments help clear lactic acid and help rebuild muscle after damage caused by active stress. Since lactic acid is what leads to muscle fatigue, having steam’s effects in action during athletic performance or during recovery may be a significant boost to muscle endurance and strength.

Few aspects of recovery are as important as sleep, and steam therapy may help significantly in that regard. One study found that regular “passive body heating” led to significant reductions in insomnia and sleep disorders in some elderly patients. This is a population that has great difficulty sleeping, so that tells you the possible potential of sleep improvement for healthy athletes.

Steam may help with hormone regulation and circulation

One study found a significant improvement in athletic performance using strategic heat acclimation. The athletes in this research were ultra-endurance competitors, who often run 50-150 miles in extreme conditions, such as deserts and mountain terrain. In the research, the scientists found that the full-body heat applications helped increase blood plasma volume and helped the runners acclimate to demanding environments. Increased blood volume is a key aspect of boosting athletic performance. Just ask Tour de France riders, who try a number of different ways to increase blood volume (sometimes illicitly).

Another study found that the act of “thermo-tolerance” from heat treatments helped lower overall core body temperature, which helps increase endurance for athletes. They don’t call it “the heat of battle” for nothing. Steam therapy may also be able to help increase growth hormone (GH), which may boost muscle size and strength. One study found that intermittent heat helped jack up the body’s production of GH by 16-fold.

But it’s not just GH. Steam may also boost endorphins. This are neurochemicals that are released as a result of exercise. In fact, endorphins cause the sensation known as “runner’s high.” Steam therapy may not only help raise endorphins, according to the Mayo Clinic, but it may increase circulation and other hormones and neurochemicals that can elevate mood and help calm the body in times of stress. With steam also showing the ability to help dilate small blood vessels and help regulate blood pressure, it would seem that athletes may be able  count on steam to potentially help in any number of physical demands that require optimal hormone and cardiovascular regulation.

Steam has been shown to help with fluid management and weight loss for some people as well. One study found that hyperthermia, used in a strategic, controlled setting,  helped some people burn 150 calories in only 15 minutes. Heat used this way may also help with fluid retention, which athletes need to keep their body’s humming in extreme stress response.

The sweat mechanism of a steam room has been shown in some people to  also help increase metabolism. This is done by the natural detoxing effects of sweating, which can eliminate toxins that build up in the system via your skin bloodstream. Again, this helps the body’s natural thermoregulation, which removes damaging free radicals that can harm muscle and connective tissue while slowing blood flow.

It goes without saying that not everybody is equipped to run a 100-meter dash in 10 seconds. High-level athleticism is just for the few. But everyday exercisers and weekend athletes all can learn from the best. What works for great athletes will likely give you a boost, whether you play golf, racquetball or anything else that requires physical exertion.

You also don’t need Lebron James’ paycheck to enjoy a residential steam room. Installing a steam unit in your home is much more affordable than you may think. MrSteam has numerous styles to choose from that will fit in just about any size residence. Check out the company’s case studies and see if there’s a situation that’s similar to yours.

Or you can jump right into the steam lifestyle like a hard-charging linebacker and visit a dealer showroom near you. You may not win a trophy, but you just may feel like you won the game of life with a steam room in your regular routine.