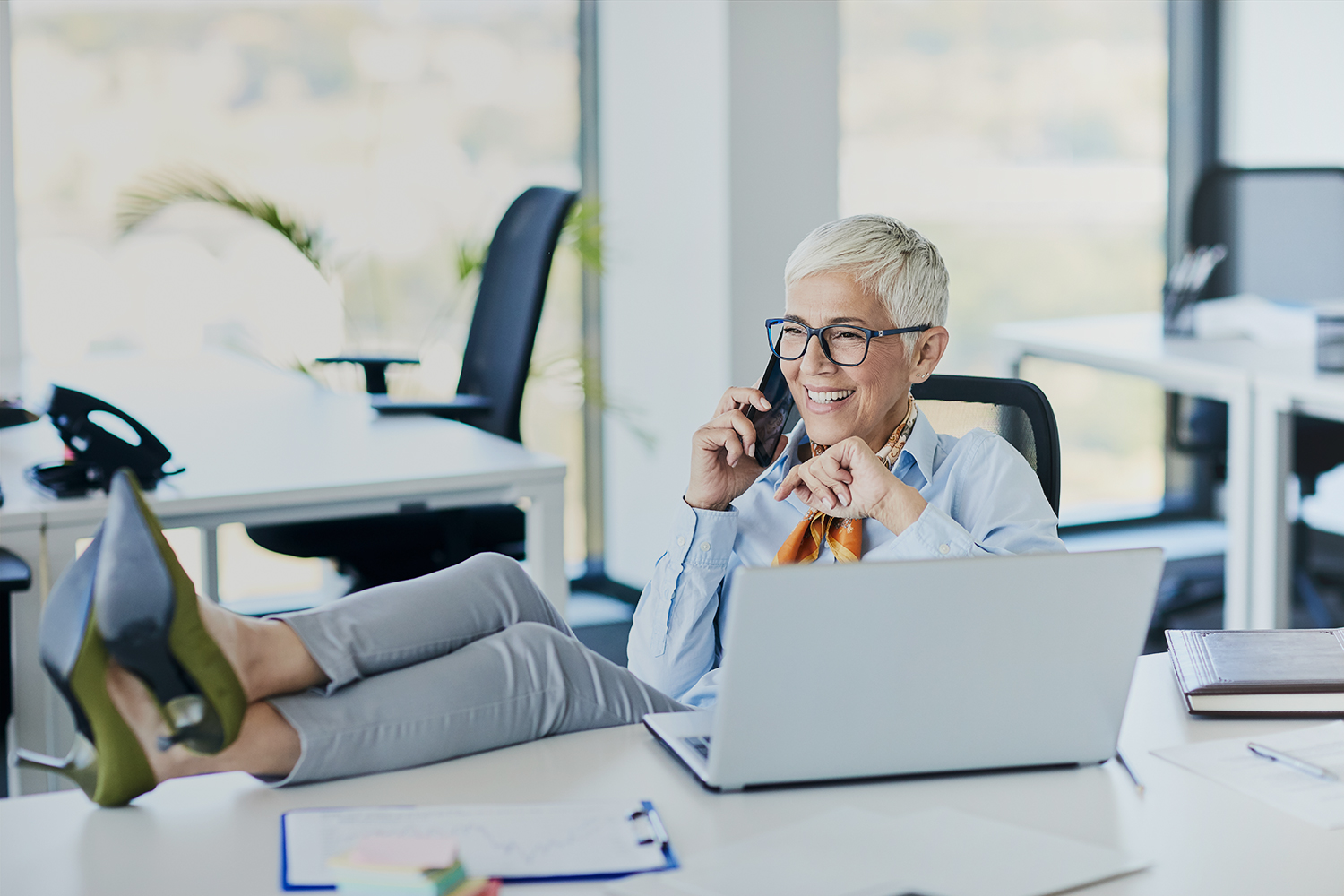 How Boomers are Taking on Healthy Aging

How Boomers are Taking on Healthy Aging

Remember when growing older translated to becoming Granny Clampett? Baby Boomers have sure flipped that stereotype. They’re active, image-conscious and more than willing to invest in their health and appearance.

About one in five Americans is a Baby Boomer—someone born in the years between 1946 and 1964. Since they were first in diapers, this hugely influential cohort has been shaking up the status quo. There was the youthquake of rock and roll in the 1950’s. The counterculture of the 1960s. Women reshaping the workplace in the 1970s. And now that the first wave of Baby Boomers has entered the retirement years, this vibrant generation is redefining what aging means.

Boomers see the value in health, wellness and beauty.

This generation embraces exercise, including walking, yoga, weight machines, Pilates, tai chi and road races. In fact, their focus on athletic activity and smart recovery has been cited as one of the reasons gyms and day spas install steam showers—to entice the growing market of athletic Baby Boomers.

The emphasis pays off, as Boomers are also physically robust and tend to see themselves as 10 years younger than they really are. Rather than being in denial, this is actually helpful. As psychologist William Chopik told ABC News, “People who report feeling younger actually tend to live longer and healthier lives — and they don’t tend to have as much of a pattern of decline.”

In beauty, research from Stella Rising shows that 60 percent of Boomer women are looking for ways to moisturize and nourish skin. When it comes to hair care, they are most focused on maintaining a healthy scalp, preventing hair loss, keeping hair hydrated and having a full appearance to hair.

For more on how to extend vitality during the aging process, read how
Longevity is 75% Lifestyle

Baby Boomers cherish vitality and independence, and many aren’t in a hurry to quit working in the first place. According to the Pew Research Center, Baby Boomers are staying in the workforce for much longer than previous generations. Some remain in full-time positions, some may go part time and others find opportunity and bonus income in flexible consulting or freelance work.

Once they are finally ready to leave the workplace, the retirement phase of life will also last longer. According to Investopedia, a large percentage of Boomers are expected to live 10 to 25 years longer than their parents did, and asserts that, “Those retiring in their 60s can expect to live about 25 years more, at least.” However, with their passion for fitness, health, travel and robust social lives, vitality may continue far beyond life at the office.

They are readily embracing technology.

Forget the stereotype of “an old fogey.” Baby Boomers are tech savvy. Forbes reports that 92% regularly shop online, for example, and technology adoption among seniors 65 and older has risen 55-percentage-points in less than two decades. From voice activated light-switches to heightened security, smart home devices are widely adopted by older people and their families.

As Rodney Harrell, AARP’s vice president of livable communities and long term services and supports, told a contributing writer for Forbes, “There is a misconception that older adults are tech-adverse. In fact, technology is already a central part of life for older Americans, and the connection with their devices is only expected to grow.”

For Baby Boomers considering a steam shower, details like a pull-down seat, curbless steam shower enclosure, and easy-to-read wireless steam control panels are a high tech method to anticipate aging in place, meaning a steam shower can be used today to enhance daily life, and can be enjoyed for many retirement years to come.

Boomers are finding new ways to age in place.

In the past, the journey to aging was paved in stone: Get the gold watch, retire, sell the house, move into the nursing home and, finally, kick the bucket. Au contraire! say the Boomers. The AARP did a survey and found that a whopping 90 percent of people over age 65 would rather stay in their own homes as they get older, rather than moving into a nursing home or an assisted living facility.

For aging-in-place, it’s smart to think ahead. As HomeAdvisor notes, “there is no need to wait until the last minute to create a home that accommodates your future needs (rather than accentuates your future weaknesses). By planning years, or even decades, in advance, homeowners can not only save a bundle, but build an environment that is both elderly accessible and aesthetically desirable.”

HomeAdvisor suggests starting the remodeling process while you’re still working, when steady paychecks can help offset the costs. If you do it later, you’ll have to dip into savings. In addition to being easier on the budget, gradual design changes can blend more seamlessly into your home’s appearance.

For more ideas, read
Home Upgrades That Will Impact Your Health & Wellness Before and During Retirement

As you remodel your home, incorporate universal design principals. A good example of universal design is lever handles, instead of knobs, on doors. A lever handle can serve a busy young parent, by making the door easy to open while carrying a baby; it can open effortlessly for an older person carrying bags of groceries; and for seniors, it is easier to open as hands become stiff. Same device, long lifespan. Apply this strategy whenever you’re making home improvements: Gradually invest in brighter lighting. When replacing floors, choose nonslip surfaces and low-pile carpeting. Maybe an unused den becomes a downstairs bedroom. Replace a tub with a curbless steam shower. This type of gradual shift prepares the home and its occupants for successful aging in place.