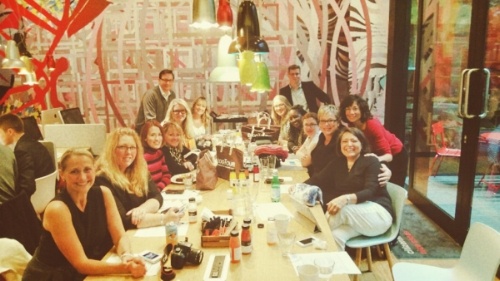 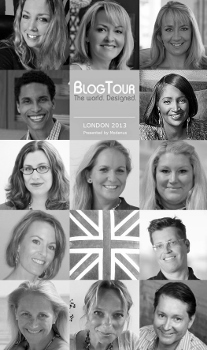 If you're a frequent visitor to the SteamTherapy Blog, you know that Mr.Steam proudly supports Modenus' BlogTour and the teams of talented design bloggers who - during each BlogTour - relentlessly and enthusiastically document design inspiration, trends and discoveries.

BlogTour London 2013 was no different, with participating bloggers sharing a wealth of bath design ideas gleaned from exploring London and experiencing the London Design Festival and Design Junction.

{Learn more about Modenus via this interview with Modenus founder, Veronika Miller: Chatti Patti Talks with CEO Veronika Miller about Modenus, BlogTour and Wine. In it, Veronika explains how BlogTour is about immersing designers in all aspects of design - not just a design show, but also local culture as well as artistic and architectural influences.}

Steam and steamtherapy go hand-in-hand with bathrooms. As a result, we are always on the lookout for great bath design, healthy lifestyle and new discoveries. In the case of BlogTour London, it started at the CitizenM Hotel, our home base.

CitizenM describes itself as "a new breed of hotel" {currently in Glasgow and London, and soon New York city and Paris}. What's inspiring? Each compact room features a powerful rain shower and an "innovative touch screen MoodPad (which) lets you control the hotel room, including television, window blinds, temperature, coloured lighting, wake-up alarm themes and more for an ambient room experience..."

Have a look at the image below: a fully equipped hotel room at around 130 square feet with large walk in shower pod, an XL king sized bed, vanity, workspace and fun little amenities like iPad controlled blinds and lighting. {It reminded us of Mr.Steam's iSteam control system with LCD touch panel.} As small as the shower was, it was powerfully relaxing. 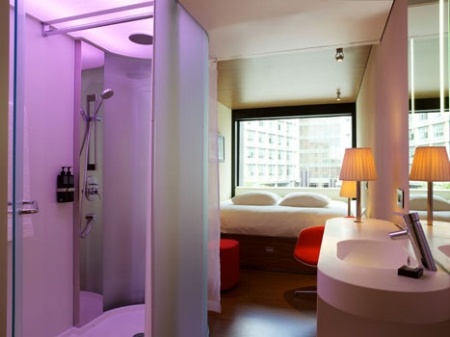 {A special thank you to Blogger Holly Hollingsworth Phillips of The English Room who not only introduces her readers to Mr.Steam in Ready to get steamy with Mr. Steam?, but also highlights how a space no bigger than 3’ x 3’ x 7’ can accommodate a steam shower (see Yes, You Can Have a Steam Shower in a Small Bathroom.)}

Day 1 included a visit to Design Junction, a new trade show concept in central London, which was filled to the brim with modern design.

We couldn't get enough of fellow BlogTour London sponsor Laufen's commitment to "bathroom culture since 1892" epitomized by the Kartell by Laufen collection. It represents an "integrated and complete bathroom project. A codesigned project nurtured by the intense dialogue between the enlightened customer on the one hand, and the awardwinning designers Ludovica+Roberto Palomba on the other, who have earned themselves the merit of having reinvented the concept of the bathroom."

We love their new bathroom collection including this classic ceramic tub - pictured below - with integrated lighting. Chromatherapy anyone? 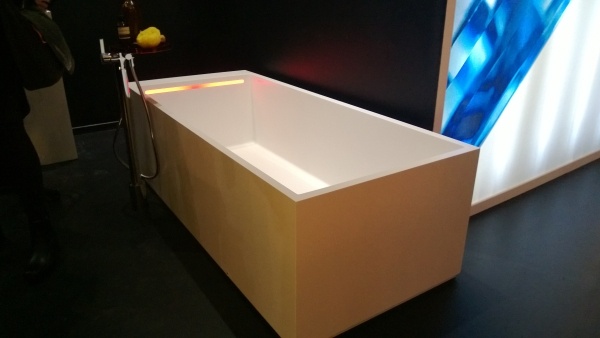 During day 2, we spent time exploring the Victoria & Albert Museum, the world's largest museum of decorative arts and design, and the central hub for the London Design Festival and its many exhibits. 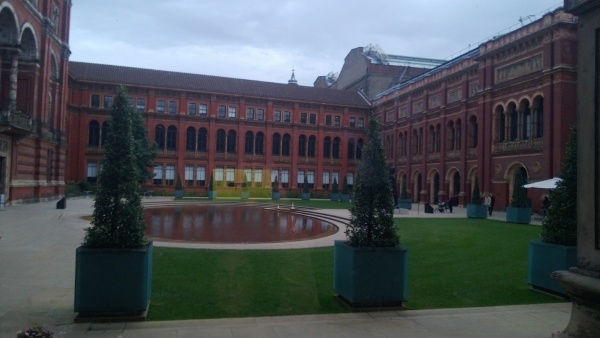 An added bonus at the Victoria & Albert Museum was an exclusive sneak peek into a fabulous pearl exhibition where we learned about the life and creation of one of the world's most sought out jewels. This new exhibition displayed pearls worn by celebrities and the Queen of England, too. 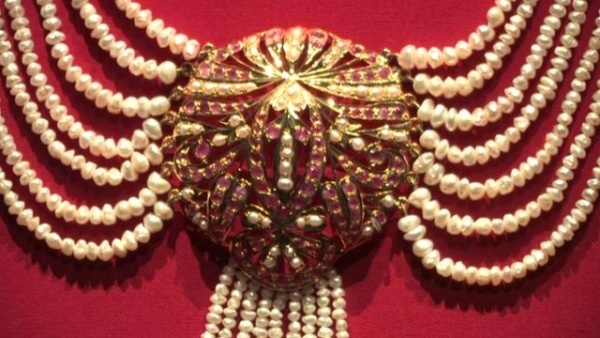 No BlogTour London would be complete without a visit to the Brompton Design District. Established in 2007, the Brompton Design District represents a partnership between leading international brands, independent retailers, neighbourhood restaurants and cultural institutions. The goal: "...revitalising the heritage of the area as a place where people come together to share, enjoy and learn about design in its broadest sense; design, culture, fashion and food."

The Brompton Design District is also the leading district within the annual London Design Festival with a "pop-up programme, curated by Jane Withers (which) encourages design that adds meaning and value to our everyday lives..."

Day 3 of BlogTour London was spent exploring London and all its architectural masterpieces during the Poggenpohl architectural tour, including a visit to the Tate Modern Museum. 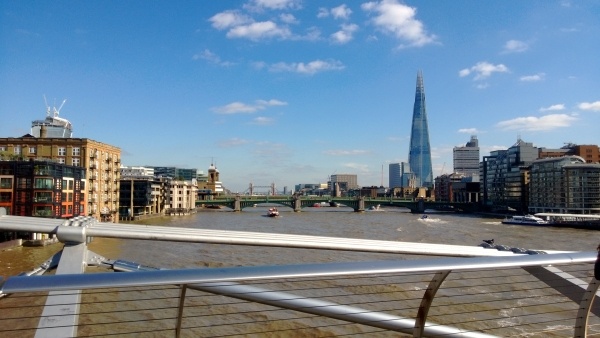 During the architectural tour of London, we covered an array of buildings in central London ranging from modern to traditional styles.

A fabulous feature we discovered along the way is The Rill at More London office park, a new development along the River Thames. 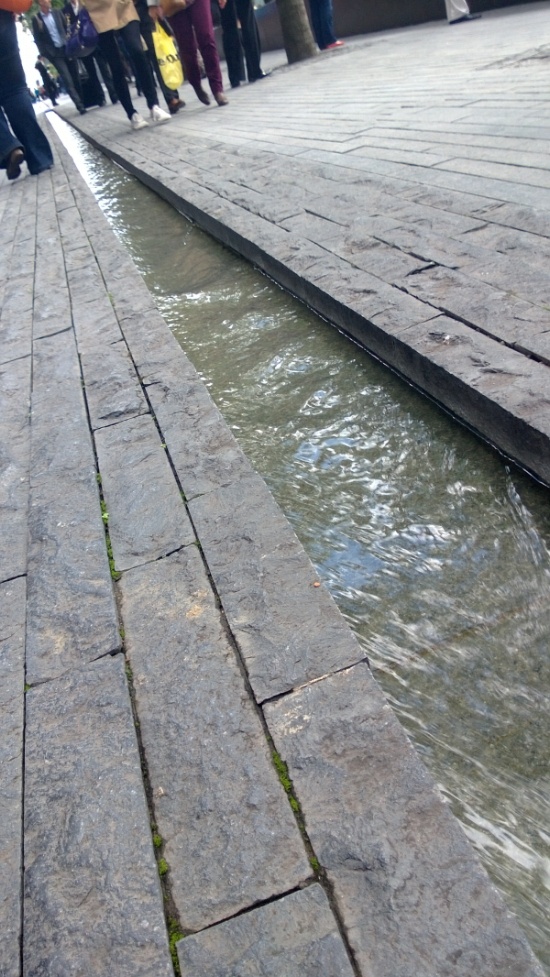 Water features may be more Asian in nature but this one was very well interpreted by British architecture firm Foster & Partners, which understands the importance of a classic natural element running through the streets and buildings on an axis of London.

We couldn't help but let the idea of water in a concrete jungle take us back to the natural benefits of water and steam... Jessica Gordon Ryan in Stylish notes on health :: Let's get steamy! shares her views on the benefits of one of the world's oldest natural elements, steam.

"It's a natural detox that removes harmful impurities from your body. It enhances breathing, leaving you with an improved sense of tranquility. Steam can improve sleep and wellness."

Lisa Mende Day 3 of Blogtour London with Modenus describes highlights from the architectural tour and the visit to the Tate Modern Museum where the group experienced high tea and a chance to relax, sit, connect and discuss the day's discoveries over tea and delicacies.

Blogger and interior designer Corey Klassen comments in How to Succeed with Steam on the need for a more social steam bath experience as well.

"Friends should have benefits when it comes to steam showers and I believe that an old fashioned steam helps connect us all in a much higher level. Would it not be great if we could still go to the public baths for a proper bath?"

That's right, Corey - if we take tea together, we should steam together! Stay tuned for coverage of BlogTour LA where we did just that.

The final result? Exactly what BlogTour London's and Modenus' Veronika Miller intended: total immersion in culture + design, architecture and artistic influences with a one-of-a-kind opportunity to build relationships and partnerships.

As you can see from the photos above and below, everyone participating in BlogTour London 2013 had a wonderful time absorbing design inspiration, steam-infused therapy {see Courtney Lake's How A Monkey Made a (Steam) Believer Out of Me ….} and remarkable discoveries. We all left London with heads full of great stories and hearts full of new friends, ready to share our finds in our blogs so you, too, can experience the design magic of BlogTour London. 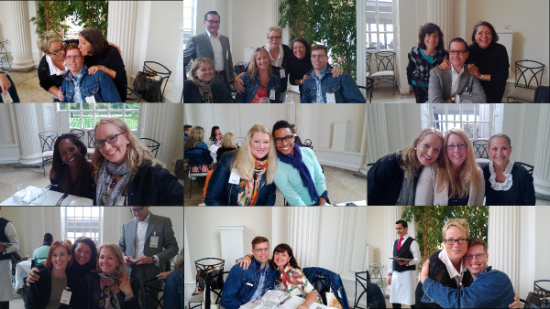