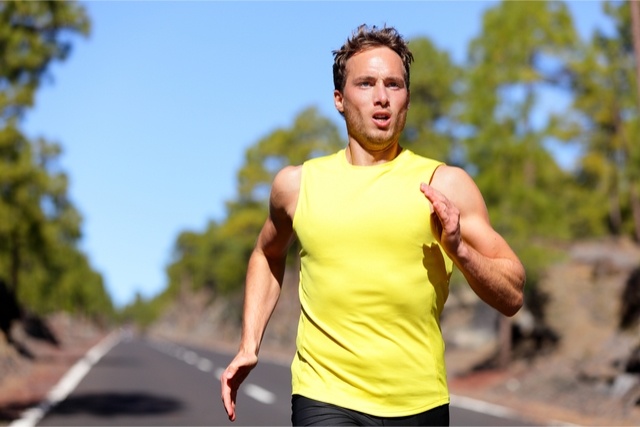 The Steam Therapy Advantage — How Elite Athletes Get a Leg Up

The Steam Therapy Advantage — How Elite Athletes Get a Leg Up

Everybody’s looking for an edge. For athletes, it borders on obsession. Serious competitive athletes will make tremendous sacrifices to finish in the winner’s circle.

This insatiable quest for athletic glory was the subject of interest for researcher Robert Goldman, MD, whose findings led to what’s called “Goldman’s dilemma.” In a survey, Goldman asked numerous elite athletes a hypothetical question: If you could take a drug that ensured you’d win every major competition, but it would kill you five years after you took it, would you still take the drug? More than half of athletes he asked said they would.

Some sports scientists are going a different route. They’re introducing today’s athletes to steam therapy, an ancient technique that has helped improve fitness levels from as far back as the ancient Greeks, the original Olympic athletes. Spending time in a steam room may provide a wide range of benefits that complement traditional training programs for athletes seeking improvements in strength, aerobic endurance, and muscle development. And it won’t kill you in five years. In fact, after five years of using steam therapy, you may be the healthiest you’ve ever been.

Here’s what researchers have discovered about steam therapy and athletic performance:

Hyperthermic conditioning has been shown to have profound effects on blood volume. Heat acclimation has been associated with changes in blood plasma and red blood cell count.”.[1]

Why is this important? You may remember a certain athlete by the name of Lance Armstrong. What led to Armstrong’s disgrace was his reliance on illegal blood doping practices. The more red blood cells and plasma volume, the more the body can churn out intense activity, due to increased delivery of oxygen and glucose to cells, which staves off lactic acid. Lactic acid is what creates the “burn” sensation in muscles when they’re exhausted.[2] Armstrong and many of his Tour de France peers would artificially load up on red blood cells with drugs and transfusions.

One study measured runners who preconditioned their bodies with heat stress after their workouts two times a week for three weeks. These athletes increased their running endurance by 32% and had measurable increases in blood volume.[4] While this study used a relatively small sample, it hints at the potentially significant enhancement effect of hyperthermia on athletic endurance.

One of the most important part of an athlete’s training is exercise recovery. Many of today’s training protocols are intense, even for weekend warriors who do CrossFit-type exercise and extreme obstacle races like Tough Mudder. Common workouts like heart-rate training, such as Orangetheory, and HIIT (high-intensity interval training) push the body to extremes.

If you train that way, get yourself to a steam room. Steam therapy helps promote exercise recovery through multiple mechanisms. One is through blood flow, as mentioned above. But steam heat can also trigger heat shock proteins (HSP), a type of protein that is produced by exposure to heat stress. HSPs can help blunt the effects of oxidative stress on muscle cells, and they further protect cells from harmful free radicals and damaged proteins.[5] Thus, muscles recover faster, making it easier for an athlete to train more often and longer. Another study found that steam therapy can help reduce delayed-onset muscle soreness (DOMS), which can slow an athlete down between training sessions and competitions.

Steam therapy may also help limit protein degradation after training. Muscles are hungry for nutrients after they’ve been damaged by heavy training, and they count on protein to rebuild cells, which makes the muscles grow larger as they adapt.[6] The potential increased blood flow from steam therapy helps shuttle more nutrients into muscle cells for quicker repair.

Heat stress acclimation that may result from steam therapy may help boost crucial hormones needed for better performance. Growth hormone (GH) is especially valued by athletes due to its effects on strength and recovery. Some athletes even illegally dope with GH to gain its benefits. GH has multiple anabolic functions in the body, and can also promote protein synthesis, important for muscle growth. Hyperthermic conditioning consistent with steam therapy may help jack up GH levels significantly, with one study finding a 16-fold increase.[7]

Insulin is another hormone important to athletes. This may surprise some people who associate insulin only with blood sugar and diabetes. But insulin is a highly anabolic hormone, and athletes can gain numerous advantages by improving insulin sensitivity, including increased muscle growth. One animal study found that intermittent hyperthermia helped increase insulin sensitivity, which helped protect protein synthesis and regulate glucose control.[8]

Lung capacity is essential to athletes, and not just for endurance athletes like marathon runners and cyclists. The short bursts of activity by basketball, football, hockey, and soccer players require a healthy, highly efficient respiratory system.

Steam rooms are well-known for their potential ability as an expectorant. The hot humid air helps to dislodge mucus and phlegm, and may help reduce inflammation in the throat and lungs. Studies have shown that in some people steam therapy offered significant relief from severe respiratory discomfort, and may help those athletes troubled by a history of exercise-induced asthma.

Steam therapy may also clear out mucus from your nasal passages and Eustachian tubes, which further helps extend lung power for longer periods of time. Obstructive breathing of any kind can be the difference in a close athletic competition, and steam therapy can alleviate chances of bronchial irritation in the midst of intense activity.

Athletes need relaxation and stress relief, and steam rooms can be the best way to power down from a tough workout—or a tough loss. Steam therapy has been shown in some people to help raise endorphins, the runner’s high, and serotonin, which helps enhance mood and promote a feeling of calm. Sweating helps flush out toxins, another bonus for athletes and their often overtaxed immune systems.

There can be no better post-workout habit to adopt than a regular trip to the steam room after training. It’s the easiest performance booster an athlete can use.

It’s no longer a secret to certain elite pros. Some of the most dedicated users of MrSteam’s range of steam baths and showers are top professional athletes who know the value that steam therapy brings to their performance and general wellness.

Don’t let the other guy get the steam therapy advantage. See what it can do for you.