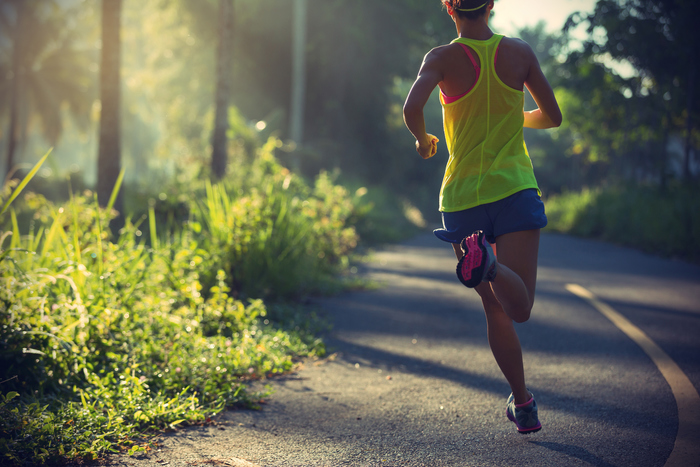 How Steam Could Help Boost a Runner’s Speed and Endurance

How Steam Could Help Boost a Runner’s Speed and Endurance

RUN HARDER AND LONGER WITH THE POWER OF STEAM

Whether it’s a marathon or a sprint, sessions in a steam room just may help you win any race.

Few human activities are as basic and natural as running. Maybe that’s why so many of us do it. More than 60 million Americans from ages 18-65 do some type of road running, jogging, or trail running every year.

Some do it for exercise, others as competitive athletes, tackling everything from 5Ks to ultramarathons, where people sometimes run more than 150 miles. More than 50,000 men and women hit the streets of the Big Apple every year for the New York City Marathon. And road races appeal more to women than men. According to Running USA, participants in an average road race are 59% female.

Humans became good at running for a simple reason: It was better than being dinner for a larger predator. Of course, these days we aren’t being chased by saber-tooth tigers, we’re running for our health and well-being.

We have good reason for doing so. Researchers have discovered:

As natural as running is, if you want to improve your performance, you have to work at it. The best training for running is, well, running. But you also need better lung function, a more efficient cardiovascular system, stronger joints and muscles, and total recovery from intense exercise.

It’s what you do to recover from exercise that can provide benefits beyond what you thought possible. And this is where steam rooms come in.

THE HEAT IS ON: HOW STEAM ROOMS MAY HELP BOOST PERFORMANCE

It begins in the blood.

Hyperthermia (when the body is exposed to unnaturally high temperatures) has long been a common tool for athletes looking to gain an edge. This is true especially for runners.

Olympic legend Lasse Viren won four gold medals in his career as a long-distance runner for Finland. Of course, Finland is a country famous for the popularity of saunas, and Viren credited his post-workout heat therapy sessions in a sauna for helping him keep his competitive edge.

Viren may not have known the exact mechanism at work when he used heat therapy for his recovery, he just knew it worked for him. According to research, hyperthermia can increase blood plasma volume and total blood volume.

Does it work? Proof is in the finishing time, as they say. Sure enough, one study found that after three weeks of 12 heat therapy sessions, runners enhanced their endurance performance by 2%, a huge increase for seasoned athletes.

Heat acclimation also helps increase blood flow to the skin, which cools your body, including your core temperature, which also helps you extend your running time.

Steam rooms do a great job of helping your body regulate its sweat rate to optimize your body’s thermoregulatory functions. For runners, this helps prevent overheating, a common reason why some competitors give up in the middle of a race.

Steam rooms are well-known for helping people dislodge mucus and phlegm, as the hot, humid air acts as an expectorant. What makes steam rooms especially valuable for this is the clean environment of the contained enclosure of a steam bath or steam shower.

But you don’t just use your lungs when breathing. Clear and well-functioning nasal passages are also key, and steam therapy can help you there, too. Hot mist is known to promote sinus draining, and studies also support the ability of steam therapy to open up nasal passages.

These benefits of steam are essential if you’re a runner who suffers from exercise-induced asthma (EIB). According to health experts, 10-12% of the population suffers from EIB, so this is a huge advantage for anybody who engages in regular physical activity.

The importance of exercise recovery can’t be overstated. If your muscles are trained without adequate rest, you’ll overwork your body and release stress hormones that play havoc on your entire physiological system.

It’s not overstating it to say that a session in a steam room should be part of every athlete’s post-workout regimen. Not only does steam heat relax and invigorate, it goes to work deep into your muscles to help reduce soreness, also known as delayed-onset muscle damage (DOMS). In fact, one study found that application of moist heat reduced DOMS in hard-training athletes. And this research found that moist heat was more effective than dry heat.

These benefits are in addition to the aforementioned increase in blood plasma and circulation from heat acclimation following workouts. This is why making a session in a steam room part of your post-workout ritual is one of the smartest moves any athlete could make, but it’s especially valuable to runners and other endurance athletes.

One of the reasons why running is so popular is something called “the runner’s high.” This feeling of euphoria that we get from endurance exercise is due to the release of endorphins, a group of hormones that have a mood-regulating effect on our opiate receptors.

The same endorphins released from running may also be released during steam therapy. Research shows that intermittent heat exposure can cause a rise in beta-endorphins, sometimes at a higher level than you get from exercise alone! With other research confirming steam therapy’s potential to positively affect levels of the “feel-good” hormone serotonin, you just may feel your happiness quotient rise after regular steam room visits.

When somebody falters during a race, we say that they “run out of steam.” If you want to avoid running out of steam metaphorically, perhaps you should go right to the source: steam rooms. Whether you choose a steam shower, a steam bath, or other steam products, you’ll gain immediate lifestyle benefits. Even if your goal is simply to relax and de-stress, you can’t do much better than a steam room.

Of course, running isn’t for everybody. Check with your physician before beginning any regular exercise routine. Same with steam rooms, especially if you’re pregnant or have a history of heart trouble.

Many elite competitors make steam rooms part of their daily routine. In fact, MrSteam products are often found in the homes of professional athletes. They understand the advantages that steam therapy delivers. But you don’t need a pro salary to afford a steam unit in your residence. You may be surprised how affordable they can be.

Look into getting a steam room in your home, and you just may find yourself crossing the finish line in record time.