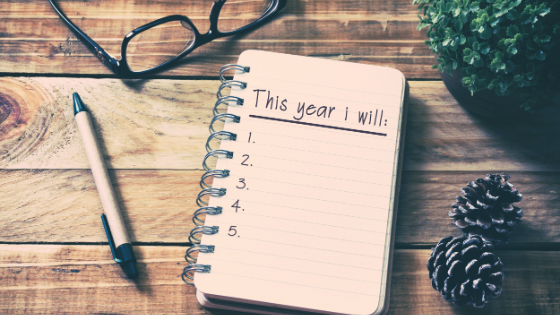 Willpower is Bogus: Here’s How to Create Wellness Habits that Last

Willpower is Bogus: Here’s How to Create Wellness Habits that Last

Writer Victor Hugo famously said, “People do not lack strength; they lack will.” With all due respect to the French literary giant, he’s wrong. Because modern research has shown, people don’t fail because they are weak or lack willpower. It’s because they haven’t harnessed the simple, yet amazing, power of habit.

A shocking 43 percent of our actions are habit-driven, according to psychologist Wendy Wood, of the My Habit Lab at the University of Southern California. Wood has spent 30 years researching habits and found that a huge portion of our daily activities are done on autopilot, that is, we’re relying on habit. When you grab your toothbrush, or make a pot of coffee, or tie a shoelace, your body is puttering along while your mind is thinking about other things. You’re thinking, “Is it going to rain today?” Not, “Right hand, relocate toothbrush to back teeth after 30 seconds.”

It can be a little bit spooky to release how much control habit has over our lives: Ever pull into a parking space and think, “How did I get here?” Don’t worry; your habit self got you safely to the supermarket while some of your brain was mulling over recipes. But the good news is you can use this power to make positive changes in your life.

We’ve all had this type of conversation: “I don’t know what I want for dinner. What do you want for dinner?” That’s a good example of what psychologists term “decision fatigue.” Your brain is exhausted from all the decisions, big and small, it had to make all day.

Smart, efficient people know they can use the power of habit to avoid decision fatigue, saving their mental energy for something more important than “chicken or fish?”

President Barack Obama, for example, kept his wardrobe very simple. “You’ll see I wear only gray or blue suits,” he told Vanity Fair. “I’m trying to pare down decisions. I don’t want to make decisions about what I’m eating or wearing. Because I have too many other decisions to make.”

Stimulus control. That’s a fancy way of saying, “Move the cookies.” If, every time we open the cabinet, there’s a box of delicious cookies staring back at us, it’s almost certain we’ll soon be eating cookies. On the other hand, if there’s a jar of unsalted nuts, then unsalted nuts will become the snack. You’ve controlled your environment. Let’s take another example. You want to drink less wine in the evenings, so you stop buying wine for use at home and instead only enjoy a glass when out to dinner at a restaurant. There’s a reason for the expression “out of sight, out of mind,” after all.

“We are all dependent on the context in which we live,” Wood told Behavioral Scientist. “We form habits based on what’s easy and rewarding, what’s easy for us to do repeatedly and what’s rewarding in our context in the places where we live.”

Goals are not useful, unless they guide you to make specific behaviors regularly. Don’t focus your motivation on doing Behavior X. Instead, focus on making Behavior X easier to do.

If you want to work out first thing in the morning, for example, have your gym clothes laid out and ready to go. If you want to take a vitamin, have it in a pretty little dish on the counter. Create an environment that cues your brain what step to take next: put on sneakers, take vitamin. These little triggers start to build into powerful habits, though it does take time, so repeat, repeat, repeat.

“The best evidence we have at this point is that it can take two to three months to form a simple habit—to make something so automated that you don’t have to think about it, you just do it,” says Wood. Once a habit is strongly formed, you’ll feel weird if you don’t do it.

According to Stanford behavior scientist BJ Fogg, you can redesign your life using incredibly small steps, which he terms Tiny Habits. Someone who wants to design a meditation practice, for example, can meditate for three breaths.

Fogg wanted to do pushups every day, so he started with doing two pushups. Now he does between 40 and 80 a day. Fogg pairs a tiny habit, with a “good spot,” which is where the habit fits into your life, naturally. He uses the bathroom each morning, then does his pushups, and it’s seamless.

In his book Atomic Habits: An Easy and Proven Way to Build Good Habits and Break Bad Ones, author James Clear also breaks habit formation into very small steps—atomic-level habits, as it were, that are tiny but still essential and powerful. These habit building blocks can shape not only our day’s activities, but also our very self-identities. We start to see ourselves as someone who goes to the gym in the morning or who always takes a walk at lunch time.

“I tried to train for a marathon back in 2008, but failed,” writes health and lifestyle coach Jarric Ramos. “The difference when I actually ran my first marathon in 2017 is that I didn’t set out with the goal to run a marathon. My goal that year was to run 365 miles. I wanted to see what would happen if I ‘became a runner’ and I felt like a runner would at least average 1 mile/day. In January I ran 34 miles. In February I ran 45 miles. In April I ran over 50 miles, and in August I ran over 60 miles. That October I ran my first marathon. … It wasn’t about the marathon, it was about becoming a runner.”

Focus on Systems, not Goals

Clear notes that when striving for common desires like health, financial success or productivity, systems are more important than goal setting. For example, a goal might be cleaning the bedroom. “But if you maintain the same sloppy, pack-rat habits that led to a messy room in the first place, soon you’ll be looking at a new pile of clutter and hoping for another burst of motivation,” he writes. “You’re left chasing the same outcome because you never changed the system behind it. You treated a symptom without addressing the cause.”

“You get what you repeat,” Clear writes. “One of the primary reasons I wrote Atomic Habits was to give people a system they could use (whether they had failed in the past or not) to build good habits and break bad ones. This is the core idea behind the Four Laws of Behavior Change that I cover in the book. They give people a specific system they can use to improve their habits.”

Clear suggests 4 laws that can help you make substantial changes via the power of habit:

One way to make it obvious is to change your environment. Let’s say you want to go to yoga in the morning. So you hang your yoga bag right on the front door handle. You can also use an implementation intention, such as “I will [blank] at [time] in [place].” So that would translate to, “I will take a yoga class at 7 a.m. at Studio Lotus.” Yet another method is habit stacking, where you piggyback a new habit onto an old one. For example, “I will go to yoga class right after I finish my daily coffee.”

Drop and give me 20! No, not so much? How about if you’re in a fun boot camp class, laughing with two other friends, and then do the pushups? The latter is much more appealing. Author Clear notes that joining a culture where a behavior is normal—like in a class or group—makes a habit easier to achieve. Temptation bundling is another riff on this: You pair something you want to do (listen to that funny podcast) with something you need to go (take a 20-minute walk).

We often think habits have to be big, like “Earn a PhD!” but Clear suggests breaking every goal into a very small, doable and specific portion. “Read every day,” for example, is vague. “Read one page before I turn off light” is achievable and can be built on.

“What is immediately rewarded is repeated,” writes Clear. Looking at a fitness tracker and seeing a message that you met your step goal gives you an immediate sense of reward. Waiting until the scale says you’re five pounds down means your reward is a lot longer away. So quick, reinforce wanted behaviors: give yourself a gold star, a new bottle of nail polish, a nap—whatever feels good and won’t be detrimental to your other habits. (Eating a bowl of ice cream after every gym session, for example, is counterproductive.)

What does habit formation have to do with steam showers? A lot, actually. Taking a daily steam bath can become a keystone habit that supports other health habits. For example, if you want to sleep 8 hours a night, a steam bath in the evening can encourage more restful sleep. (For more on this, read about 10 natural sleep remedies.)

A steam shower can also be the positive reward after a tough gym workout or long bike ride, which is in fact why The Best Health Clubs Have Steam.

So, if you are working on a bathroom remodel, or planning to age in place and looking at potential modifications, consider putting in a residential steam shower to help reinforce your healthy habits. Because willpower, as we’ve seen, isn’t the answer. Neither is goal-setting, noble as it may seem. Instead, for substantial and lasting changes, we need to create systems and habits that add up over time. Seemingly small changes, like taking a daily steam shower, going for a walk, and eating an apple, become the building blocks for a healthier and happier life overall.