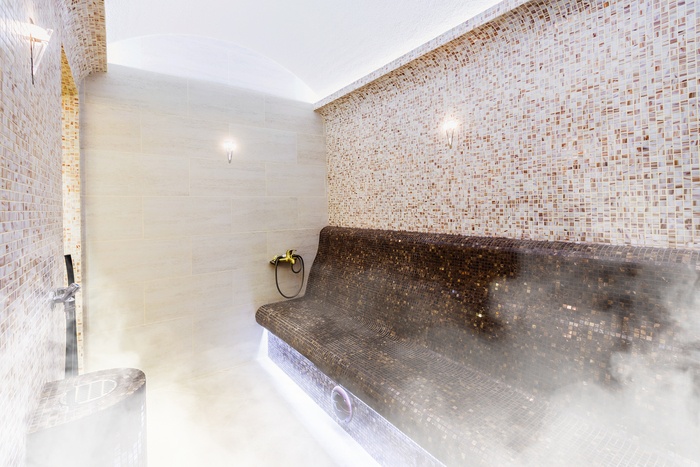 Steaming Around the World: 5 Countries Where Steam is Part of the Culture

Steaming Around the World: 5 Countries Where Steam is Part of the Culture

Here in the efficiency-minded U.S. of A., we jump in the shower, grab a shower, hit the showers, or forget to shower. Steam, for most Americans, is what we wipe off the mirror to check our hair before dashing off to work. But this is changing. Millions of Americans are discovering the healthful pleasures of steam showering—not just to get clean on the outside, but to soothe and cleanse skin, soul, and spirit.

Of course, many parts of the world have known this for centuries. Throughout Eastern Europe, Nordic countries, and much of Asia, steaming and bathing are part of a daily social ritual to be savored and shared—a way to connect and relax with neighbors and family. What’s good for the body is good for the soul, and vice versa. And there are so many ways to get steamy.

As early as 440 B.C.E., people living in regions that would one day become Russia had already discovered the joys of steam bathing. These proto-Russians would pour water over hot stones right inside their tents, creating billows of soothing steam to chase away the chilly weather and ward off illness.

As the years passed, the banya—a small wooden building or specialized room devoted to steaming—became a defining part of Russian life. There are public banyas accessible to the whole community and banyas in private homes. No dacha—a Russian’s weekend home in the country—is complete without one. Banyas usually have three areas: one for washing up; the steam room itself, called the parilka; and an area for resting and enjoying a cup of tea. Aromatherapy, in the form of eucalyptus or mint leaves added to the steam, enrich the experience.

Banya accessories may include a thick felt hat, worn to protect the head and ears from the intense heat and, oh yes, the venik. That’s a “bath broom”—a bunch of small oak or birch branches tied together. It’s used in two ways: whacking the body to stimulate circulation and helicoptering in the air to distribute the steam around the room. After a steam session, a cold plunge or a mad dash into the snow reinvigorates the body, further stimulating both mind and circulation. We’re just guessing here, but they probably have vodka sometimes, too.

Snorri Sturluson: Now there’s a good, solid Icelandic name. The 12th-century historian and scholar renowned for his poetry and political savvy - was also quite the steamer. He reportedly even had a private tunnel built that led from his house to the nearby hot spring. Perhaps he didn’t want anyone to see him in his fuzzy robe?

Iceland is filled with hundreds of such natural hot tubs, where steaming-hot water burbles up out of the earth, as well as larger, wider natural geothermal pools. Picture blue water that looks like it’s had a dash of milk added, with billows of white steam rising off of it, ringed by black volcanic rock, and you’ll have a sense of the outdoor pampering bliss Icelanders take for granted. These natural waters are also rich in minerals, which may help purge toxins from the body and fortify the skin.

Most towns also have a public pool as well, heated geothermically, that serves as a vital gathering place for connection, relaxation and restoration for the Icelandic people.

Fun fact: In Iceland, swimmers circulate counter-clockwise. If you’re swimming in a circle in Iceland and keep bumping into people, you might be swimming righty-tighty instead of lefty-loosey.

Few cultures love hot water as much as the Japanese, and we mean hot, often 110 degrees Fahrenheit. Bathing became popular in Japan by the 12th century, when Buddhism was at its height, and with it, an emphasis on personal and spiritual cleanliness. Today, whether it’s at a public bathhouse (sento); at a deep home bath (an ofuro); or in a natural hot spring (onsen), the people of Japan still cherish a long, hot soak. Hygiene is the first part of the ritual; bathers lather up and rinse off their bodies using buckets of water prior to taking part in the soaking and steaming main event. The wardrobe requirements are simple: Bathing is done in the nude except for a small washcloth—and if you’ve ever been to Japan, you won’t be surprised when your fellow steam-bathers place their washcloths atop their heads, not where you might expect. Men and women typically bathe separately, though there are exceptions.

Picture steam wafting upwards into cool mountain air, with scenic bamboo or lush forest creating a natural mural behind the outdoor bathing area. This bucolic experience is the outdoor version of an onsen, both requiring a natural spring-fed water source. Japan has more than 3,000 onsen resorts in Japan, owing to the country’s plentiful volcanic activity providing geothermal heat for the mineral-rich water.

In public bath houses called sento, the outside is brought in via a mural of Mt. Fuji— ideal for contemplation—and heated water is courtesy of pipes and boilers. Sento were a mainstay in most towns until indoor plumbing became common in Japan in the late 1960s. Today, sento still exist, though, and modern sento might have upgrades such as bubbling Jacuzzi-style soaking tubs and electric plunge baths that supposedly treat sore muscles.

When you’re up to your neck in hot water, it’s usually a problem—unless you’re in a Japanese ofuro. Ofuro can be made from wood, stainless steel or plastic and, unlike Western-style bathtubs, are steep-sided and deep. Ofuro bathing is often a shared experience among family members, and the water is reused several times, so the expectation is that the bather is squeaky clean before climbing in.

Click here to read more about steam bathing in Japan.

Like Japan, Korea has a vibrant culture of luxurious bathing, steaming and socializing, but it has a bit of a different flavor. A modern jimjilbang, a Korean public bathhouse, is like a spa and an entertainment complex rolled into one. Inside, a dazzling array of saunas, hot and cold plunge pools, sun decks and other healing zones are available, but you’ll also wander past restaurants, snack bars and gaming lounges, too. As with a Western spa, patrons delight in choosing various body scrubs, facials, and massages. But jimjilbang offer more exotic treatments in the form of saunas lined with gold, silver, jade, salt, and other minerals, which are purported to evaporate into the air and promote health.

Just want to lie down and take a nap after all this rejuvenation? You can do that, too. Like a good dive bar, some jimjilbang allow patrons to sleep it off—even overnight.

Ever since the Roman times, hammams, or public baths, have been central to culture in the Middle East. Consider this: They were so important for wedding preparations and mourning rituals, as well as daily social life, that there were once 60,000 bathhouses in Baghdad alone! In modern Turkey, the hammam tradition is embraced as an important link to history, as well as a chance to enjoy healthy togetherness with friends and family.

Turkish baths, particularly the ones that date back hundreds of years and are still operating, are known for their exquisite interior architecture and sensual, domed ceilings. Once inside, hammam-goers work up a sweat in the hararet, the steam room. On marble, raised platforms called goebektas, they may choose to receive a full treatment, which involves an attendant using soapy water to cleanse the body and a kese—a rough cloth—to exfoliate the skin and make it glow.

Click here to enjoy more on the history of Turkish baths.

The health benefits of steam bathing are widely accepted and enjoyed by cultures spanning the globe and reaching back centuries. Americans are catching on, and though public steam baths will probably never be as popular here as they are in other places, home steam showers are becoming the must-have amenity in wellness-minded households. Easy to install, modest in price, and environmentally friendly, a home steam shower can transform the humble shower stall into the most satisfying room of the house.

Want to establish your own steam tradition at home? Visit MrSteam and explore our various steam products and accessories.