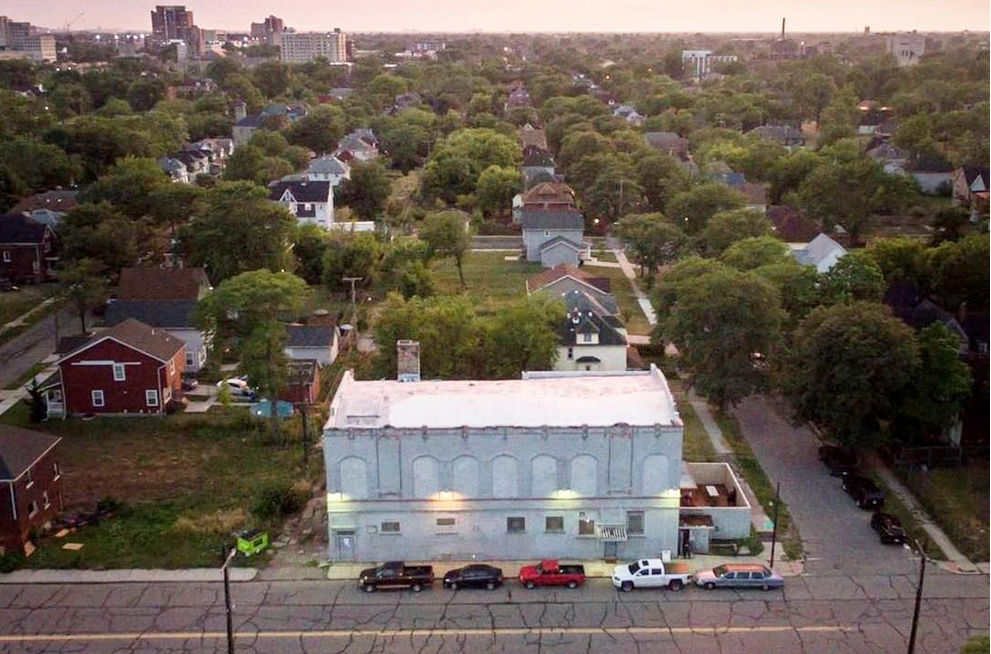 A historic bath house rises from neglect to become a cherished spa and cultural center.

Some places capture your imagination instantly, and the Schvitz, in Detroit, is one of them. Opened in 1918 as a hub for the city’s Jewish community, the building was modified in 1930 to include a pool and steam room. Called Oakland Health Club, it was one of five bath houses in Detroit. In the ensuing decades, the Schvitz—that’s a Yiddish word, which means “to sweat or perspire,” but also references the use of a sauna or steam room—served the city’s North End, especially people with Russian or eastern European roots. The steam room and its facilities were mostly for men, but there was a “ladies only” day once per week.

The Schvitz has a decidedly colorful history, with members of the Purple Gang frequenting the establishment during the Depression. According to the Detroit Historical Society, the Purple Gang was active in the 1920s and 1930s, and “controlled all of Detroit’s underworld, including the city’s gambling, liquor, and drug trade.” More recently, the venue hosted a swinger’s night that added to the club’s infamy while perhaps detracting from its hygiene—but that is all in the past now. In 2017, a man named Paddy Lynch, who had fallen in love with the steam room’s health-restorative qualities, bought the run-down building. The renaissance of the Schvitz was on. 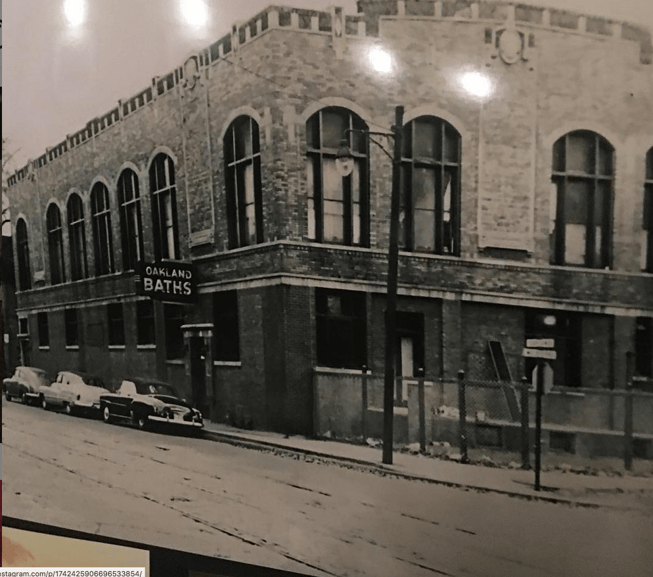 Under Paddy’s supervision, the club has undergone much physical renovation but, more important, it’s regained its status as a gathering place, where taking a steam leads to deep conversations and lasting friendships. Instead of “couples night,” you’ll find offerings such as “Bubble Schmeisis,” a storytelling and klezmer music experience by playwright and performer Nick Cassenbaum, and workshops such as “Introduction to Restorative Massage and Bodywork.” Of course, the steam room and plunge pool are still a main attraction.

We spoke with longtime-Schvitzer Alan Havis, who loved the club so much that he became a partner/investor alongside owner Lynch. He spoke of the rebirth of this beloved institution, which is the only bath house of its kind left in the city. 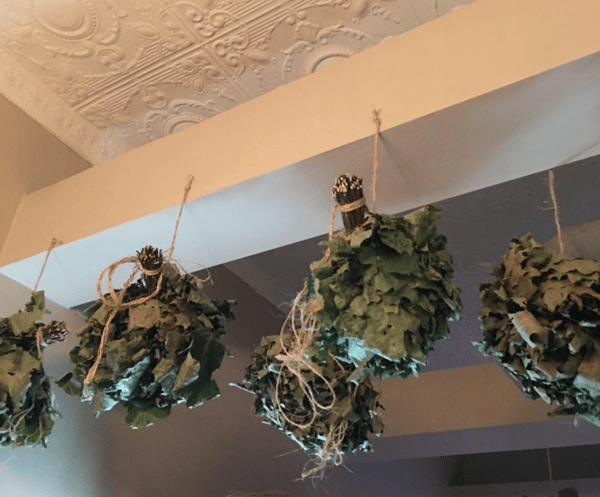 Mr.Steam: You’ve been going to the building that houses the Schvitz for nearly four decades. Tell us about that.

Alan Havis: I’ve been going since 1981. My father and great uncle would go—I think to get away from the kids. When I was in law school, I started going to the Schvitz to join up with them, about once a week. We’d steam, have dinner and talk. It was a bonding time. Gradually, going to the steam room became an escape for me, a chance to rejuvenate. My wife and I had a deal that we each got one night to ourselves, and on mine, I would go to the Schvitz, and that was a place to recenter myself. To sweat it all out and do something good for myself. There’s an aspect of clearing one’s mind as well, in the steam. It’s almost a Zen experience. It’s more than physical. It’s like it recalibrates your brain.

Mr.Steam: What was your favorite part?

Alan Havis: The community. It is like a brotherhood. And until we took over, it literally was a brotherhood. However, we understand that women are half the population. We have men’s days, women’s days and mixed days, where bathing suits are required. The second thing is the platza, the only place in Michigan where you can get one. That uses oak leaves bound into a brush or broomlike shape. We have someone in town who makes these brooms. It’s a combination of hot water, hot air, and a rub. It’s almost euphoric.

Mr.Steam: Tell us about the steam room itself.

Alan Havis: It was built in 1930 and it’s totally inefficient. What makes the steam so good is the old-school, eastern European method of using rocks, which hold heat. We heat with seven tons of rocks, and each rock is 35 to 50 pounds. There’s an adjacent large closet, if you will, that contains all the rocks. They are suspended on a metal grate, and under that there is a gas burner. Four or five hours a day we heat the rocks, and then we open the doors to the steam room. The rocks are never not hot; they go from hot to hotter. It’s a totally inefficient way to heat a steam room. And this should tell you what kind of lunatics we are here in Detroit: When the rocks need to be replaced due to use, we remove all seven tons of rocks, and replace them. We carry them upstairs and out. 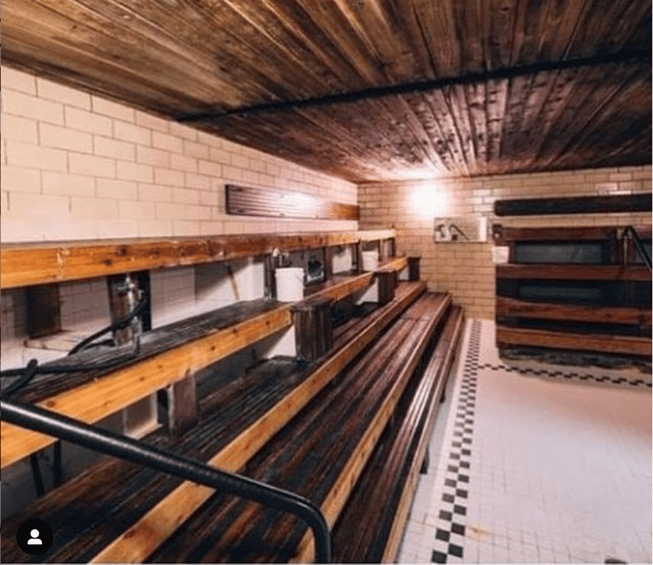 Mr.Steam: How did you meet Paddy Lynch, the owner?

Alan Havis: The steam room has been in continuous operation and was in good shape, but the building had a disinterested owner and was in horrible shape. But people would come just to go to the steam room. And Detroit really hit the bottom, too. You could pick up a house in Detroit for $500 at one point. Then it started climbing back up. It had gotten the attention of the artistic class who wanted a place where they could work cheap. Then it became a cool place. There’s been a renaissance in Detroit. Part of that is the people in the affluent suburbs started to migrate again back to Detroit. Urbanite singles, late 20s and early 30s. One of those was Paddy Lynch, a funeral director. He’s a bachelor and moved into Detroit from the suburbs. He had heard of the Schvitz and was drawn to it for the same reasons I had been; he is very stressed at work. That’s where he and I met. Some of us would sit in the steam room, the place was literally falling apart around us, and we’d be like, this is what we’d do if we owned it… Then the previous owner was getting old and she decided to sell. 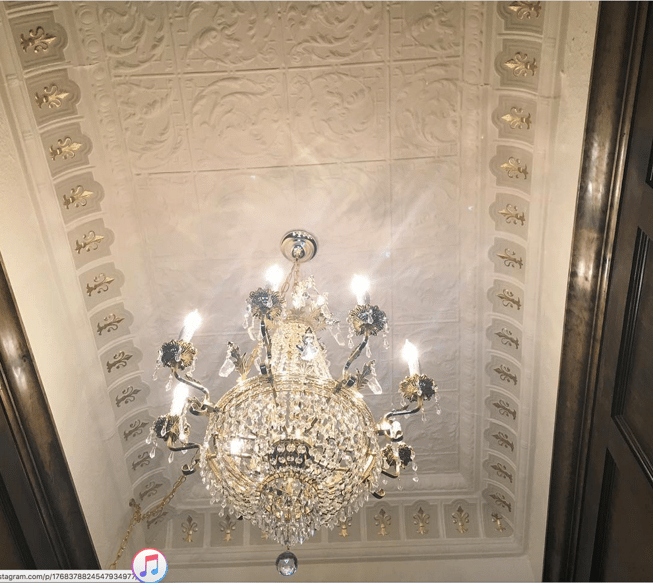 Mr.Steam: And tell us about the renovation.

Alan Havis: To restore the building was a huge chunk of change. It’s now magnificent. The building had all these details that had been buried and covered up, and now they have been polished. The carpet was from 1975. It had been there so long no one knew what was underneath. And underneath was a beautiful black-and-white checkerboard tile floor that had been there since 1930. We took out the dropped ceiling and found there was a beautiful tin ceiling. The Purple Gang, the swingers, the drugs, we embrace that history, but that is in the past. We call that folklore now.

On the exterior of the club, it still looks like a boarded-up building and we like it that way. As soon as you open the front door, it’s, “Oh my god, what a palace this is!” 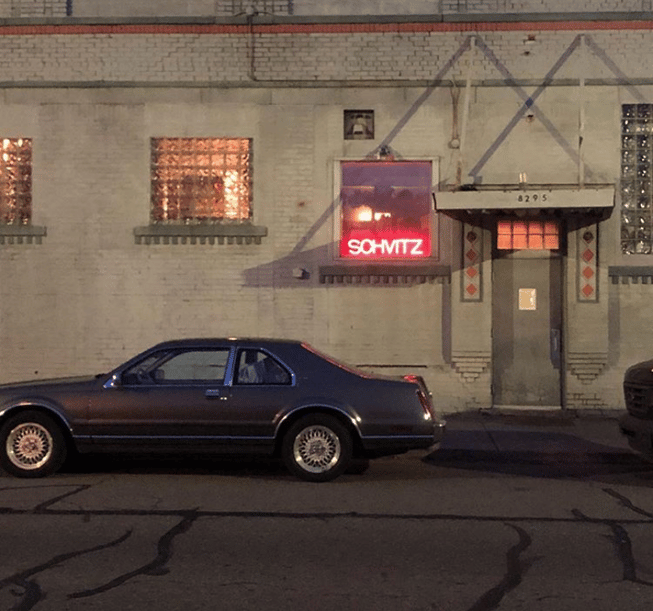 And now it’s become a place for the community to gather and unwind. What kind of events are held?

We’ve had success bringing in people from all walks of life. Everything from art gallery exhibitions, album release parties, the Jewish historical society did an event there. We’ve had Prohibition tours come through because of the Purple Gang. We had Netflix in there, shooting for an episode on a show called “Ugly Delicious.” The film crew and all these people were steaming. The star was steaming.

Mr.Steam: During renovation, something special was uncovered. Tell us about that.

Alan Havis: There was a mikvah we discovered. In the Jewish culture, a mikvah is a place for women, where they submerge completely and can have relations with their husbands again after their cycle. When we found it, that got the attention of the orthodox community; all the rabbis descended upon us. It’s the only mikvah existing in the city of Detroit. There are all these requirements for a mikvah, like it has to have a reservoir, because it has to have water that is partly natural, like from rain or a stream. It has to have a precise number of steps and a discreet entrance. We believe it was from 1918, when the building was a Jewish community center. We are completely inclusive, so we will restore it and use it as a spiritually cleansing bath. People can say whatever prayers they want. 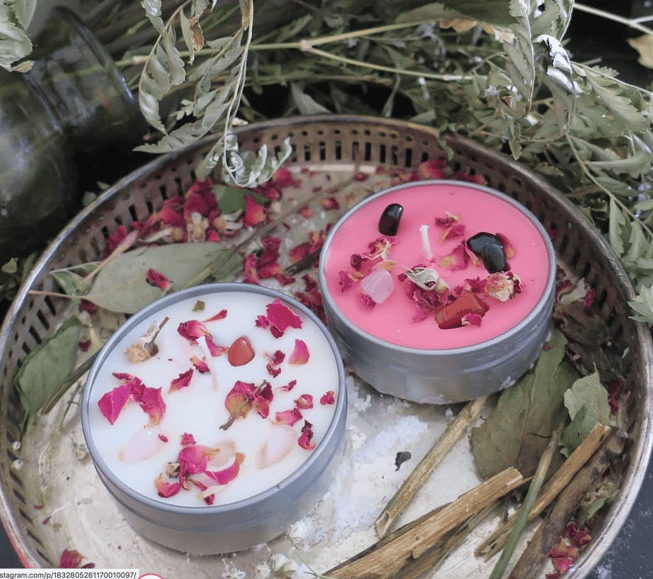 Alan Havis: We welcome anybody and everybody. We have black and white and gay and straight and transgendered people. The steam room is the great equalizer. Even back in the day, there was still a cross-section of people, affluent and non, people mingling who would never have crossed paths except for coming to steam. There’s a former marine, he’s a truck driver from the East Side, and I’m from the West Side, a lawyer, and we’re talking because of the steam room. That truck driver is now one of my best friends. You make the status symbols with your clothes on and the car you drive. Money doesn’t mean anything in the steam room. Without your clothes, in the steam room with your towel on, there’s community.