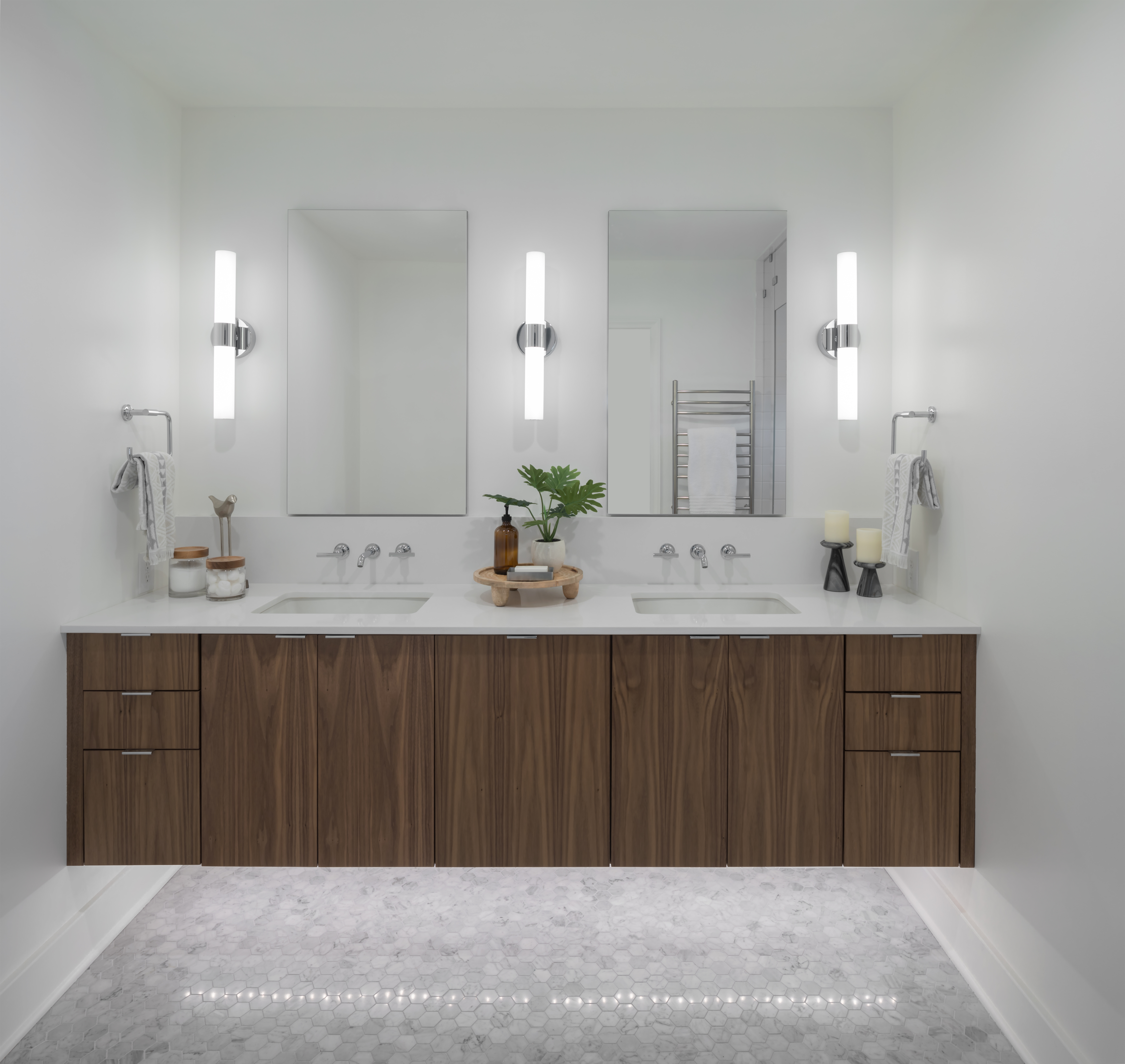 When you work in the kitchen and bath space, you choose the very best products for your own home. Leah Peterson certainly knew what she was doing when it came to renovating her own bathroom – and naturally included top-of-the-line MrSteam products to make the space a relaxing and rejuvenating haven for herself and her family.

Leah tells us that she’s “living the dream” in Charlotte, North Carolina. She’s married to her best friend and the couple have a young son. She’s surrounded herself with friendly neighbors. As young families moving into the area, almost everyone is in the process of modernizing their property, houses which were first built in the 1950s, 60s, and 70s. Her own home – a 2,400-square foot L-shaped residence that “screams ranch” – was originally an odd mix of Honduran mahogany wood paneling with traditional finishes and furnishings. “It threw the house into an identity crisis,” Leah says.

Breaking Down the Bathroom Renovation Process

The first room Leah tackled was the kitchen, which the family remodeled almost before they moved in. The dark wood paneling made that first construction project imperative, especially because it ran “from the family room into the kitchen. There was no way I could live like that!”

But the bathroom had to wait as they attended to other rooms in the house. They lived in the house for two years before a chip in the bathroom’s “white tile” showed that the original tile had actually been turquoise. “The former owners did a great job of spraying it because they had us fooled!” This discovery was the impetus to begin the job of renovating the bathroom.

Leah had several goals when it came to creating a personal home spa. “We knew going into this project that we were committing to products and styling that needed to work for the next 15-20 years,” she says. “It was important to us that the products and companies we partnered with align with our personal values of clean and organic living, provide optimal self-care, and meet several moral standards.”

This made the choice of MrSteam a no-brainer. With Leah’s deep knowledge of the industry, she had extensive experience in a wide spectrum of products. But when it came to steam “there was never an alternative.” Why not? “You will never meet a group of people more fiercely dedicated to designing products that best suit your family and improve your well-being.”

Why They Chose Steam?

But why steam in the first place? Again, this was a no-brainer for Leah. “I had one growing up in our vacation home and knew that when it was time for me to remodel, including steam was a natural.” A steam shower contributed to her goal of clean and organic living – as MrSteam is committed to being among the most eco-friendly companies – as well as attaining her goal of self-care. “It’s everything I could have ever wanted in a place to relax and unwind or to get motivated and re-energized.” With Leah’s deep roots in the bath market, it’s no wonder she selected MrSteam’s top-of-the-line products to create a spectacular home spa! 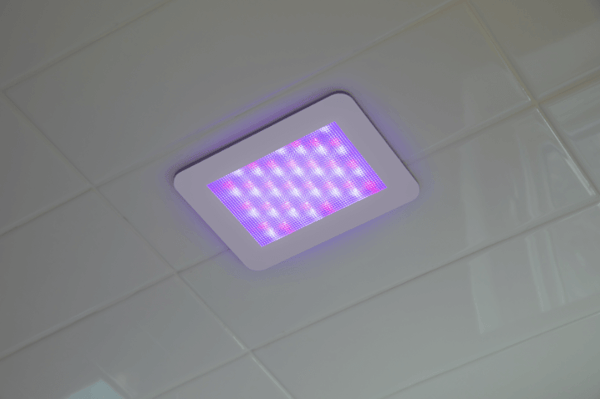 MrSteam Products Featured in the Renovation 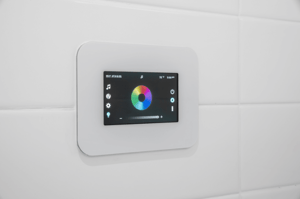 The package also includes Autoflush®, which prolongs the generator’s life through automatic self cleaning, as well as a condensation pan to protect against potential water leaks. These steam basics were paired with the steam therapy features of ChromaSteam3, allowing for a variety of colored hues to relax or energize the bather, AudioSteam3, piping soothing or revitalizing music into the shower by MrSteam’s Audio Speakers, and, of course, AromaSteam, which fuses essential oils with the steam to create an amazing aromatherapy experience. 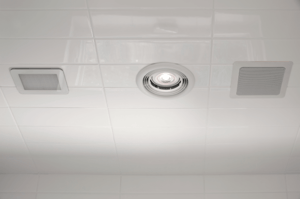 Exiting the steam shower, Leah and her family can indulge in the warmth of a heated towel, as they also added a towel warmer from MrSteam’s Metro Collection.

Tying in Steam with the Overall Home Design

The design of the space returns the home to more of a mid-century feel, honoring and respecting its history. Leah explains that they chose historically accurate components such as a floating vanity, white walls and subway tile. But they also integrated their own, more contemporary personality into the design, including small hexagon Carrara flooring, oversizing the subway tile, and modernizing both toilet and medicine cabinet with electronic features. 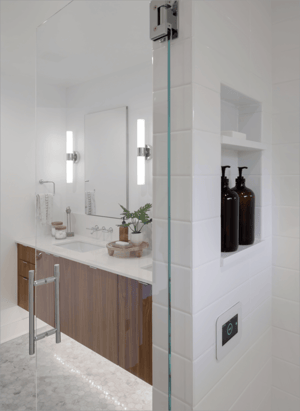 Leah reports that, despite obstacles and challenges in most of the rest of the remodel, “the steam shower was a breeze compared to the others!” They took care in the placement of the steam generator in the house’s crawl space, which they had remediated upon taking possession of the house, making sure the generator wouldn’t disrupt the dehumidifier and other moisture control barriers. In addition, they changed where they situated the control panel. Originally, the contractor placed it outside of the shower. However, they moved it inside so that they could not only switch the steam on and off, but also control the aroma and music. “This truly allowed us to create the perfect setting for each of our steam experiences.”

Leah is incredibly pleased that she now has a home spa that can be enjoyed any time she wants, without the time and expense of heading to a spa or gym. “The steam shower has fulfilled my childhood dream and made our remodeling project complete,” she says. “The experience is complete because of MrSteam. The company has once again fulfilled its mission of wellness, making people feel good. Who doesn’t want that?”

To learn more about other MrSteam customers that incorporated steam into their remodeled or new home projects, visit our case studies on our website.