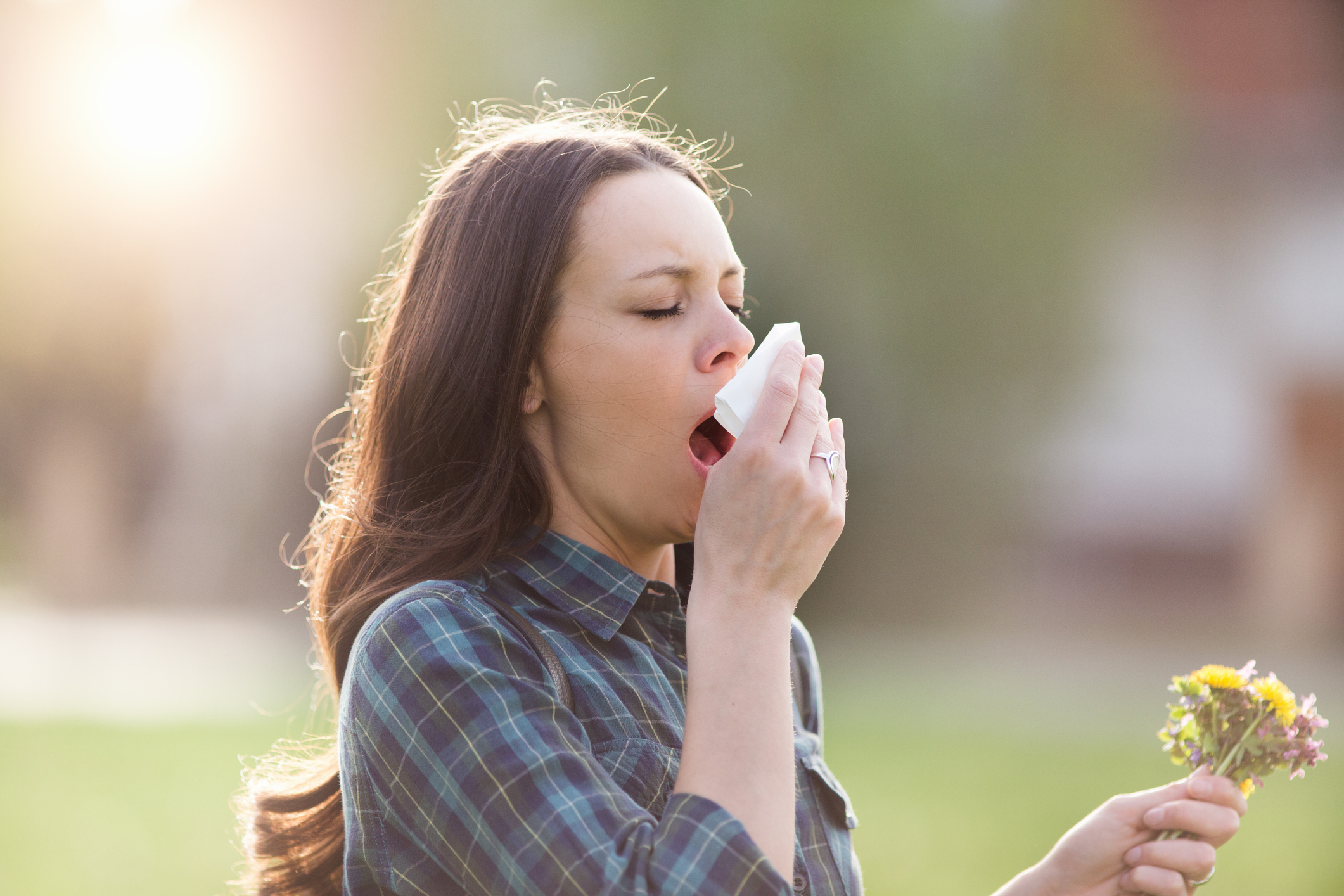 THE “HOT” THERAPIES FOR ALLERGY SUFFERERS

Using steam therapy to help prevent and ease the symptoms of allergies is nothing to sneeze at. Here’s why you need to broaden your wellness options for this year’s severe allergy season.

But for millions of people, spring means something less welcoming: the return of allergy season. And it’s getting worse every year.

According to the American College of Allergy, Asthma, & Immunology (ACAAI), 40-60 million Americans suffer annually from nasal allergies. These allergy attacks usually come in the form of allergic rhinitis, also known as hay fever, caused by  airborne triggers such as pollens and mold spores. The problem is so widespread that allergies are now the sixth leading cause of chronic illness in the U.S., say experts. Worse, scientists now tell us that those numbers are about to increase, perhaps dramatically.

If you’re an allergy sufferer, you know how debilitating allergy symptoms can be. Watery, itchy eyes, congested sinuses, epic sneezing fits, and fatigue are common results of serious episodes. And it’s costing us a lot in time and money.

Medical laboratory Quest Diagnostics reports that allergy sufferers take 1.7 more days off of work than non-sufferers. And according to the Asthma and Allergy Foundation of America (AAFA), Americans spend $18 billion on allergy treatments every year.

Most of this money is spent on antihistamines, decongestants, allergy shots, eye drops, and nasal sprays known as intranasal corticosteroids (INS). INS medications are intended to relieve allergy symptoms by reducing inflammation in the sinuses. Flonase and Nasacort are the most well-known INS brands, which were once available only by prescription but now can be purchased over-the-counter.

Besides a high price tag, these treatments may also burden allergy sufferers with side effects. This is one reason why so many people are gravitating to natural wellness solutions to treat allergy symptoms. These alternative treatments range from the well-known (neti pots) to more creative choices, such as sessions in a steam room. In fact, many Americans are finding that daily exposure to steam therapy has the potential to help their overall wellness profile in general, but the effect of steam showers may have on the respiratory system is motivating many allergy sufferers to take a daily steam session.

Let’s look at the natural, noninvasive ways that can help you make this spring allergy season a breath of fresh air.

Allergies can occur seasonally or year-round, but the spring season tends to be the most severe with the release of pollen by trees and grasses. But you also have to contend with indoor triggers. Dust mites, pet dander, and mold can strike you at anytime.

Of course, no residence is impregnable to the tiny particles that can cause immense discomfort. And what good is being a shut-in during beautiful spring and summer days?

If you’re prone to hay fever, you’re going to need to find a way to relieve the suffering. For those who want to avoid harsh chemical sprays and pills, try these natural options to control allergy symptoms.

Science is now catching up to what these disparate communities knew instinctively: steam therapy works for them. Here’s what it can do for allergy sufferers.

A Rigorous Study on Steam  Use and Allergies

It makes sense that steam baths potentially have an immediate effect on the respiratory system. Steam has been shown to help open up and clear airways. Research out of India showed that steam therapy reduced discomfort from symptoms associated with severe respiratory conditions in children.

But these therapies didn’t just improve the respiratory system for some participants. According to the Indian scientists: “The study patients also showed a tendency for rapid improvement in hypoxemia.”

Hypoxemia is a condition caused by abnormally low levels of oxygen in the blood. It’s often caused by respiratory disorders, and can lead to more serious health problems. This shows how important it is for people to be more aggressive in fighting allergy-like symptoms.

A more recent study published in the January 2018 issue of the Journal of Integrative Medicine discovered that steam baths “significantly reduced the symptoms of allergic rhinitis.” As you learned above, that’s hay fever. This was a randomized controlled trial that studied allergens that cause anterior/posterior rhinorrhea, sneezing, nasal itching, and nasal congestion.

That’s a slam dunk for steam therapy’s potential ability to help relieve allergy-like symptoms that could aggravate a number of other health issues. Using steam won’t just help you feel better, it may also help contribute to improving your overall health profile.

May Help with Respiratory and Immune Response

The ability of steam to act as an expectorant and potentially help clear mucus and phlegm have made steam showers popular. It makes sense that its ability to possibly help relieve nasal and throat passageways would also help relieve allergy-like symptoms.

Steam has been shown to dig deep into bronchial tubes to potentially improve respiratory function. According to Reinhard R. Bergal, MD, this was well studied in Germany. Between 1983 and 1986, researchers at the University of Munich’s Institute of Medical Balneology and Climatology found that sessions in a steam bath helped improve symptoms caused by breathing conditions by loosening mucus and phlegm. Considering that these respiratory conditions are more serious than hay fever, you can imagine how much help regular applications of steam therapy may provide.

Steam rooms may also help the immune system by strengthening circulation and removing impurities through the body’s sweat response. Research has discovered that in some people humid heat may help blood flow in skin and the extremities, which helps rid toxins in the body. These toxins can include antagonists like allergens. Removing these triggers before they can do damage by sweating them out could go a long way to helping you avoid or minimize allergy-like symptoms. This effect may also help improve the immune system.

Thermal heat treatments have also shown promise in reducing stress and improving mood, according to research. By helping to enhance feelings of well-being, steam showers may do wonders to get you out of your allergy season blues.

Put Some Steam into Your Allergy Arsenal

If you’re like most people these days, you prefer to avoid expensive and harsh medications and nasal sprays to treat allergy-like symptoms. The safety, ease, and simplicity of the steam solution for allergy symptoms should put steam high on your list of natural therapies.

What’s more, steam therapy can be combined with essential oils for a double dose of possible relief. MrSteam, a leader in the steam room category for both commercial and residential areas, is one company that offers essential oil wells in their SteamHeads that can be used during a steam bath. And these include the aforementioned peppermint and eucalyptus.

Many people are surprised at just how affordable steam showers can be to install into their home. MrSteam offers case studies that will help you see how you can put a steam shower into your residence. Or you can get an up-close and personal look at a dealer showroom to get ideas on the best unit for your needs.

It’s time to take a more proactive role in combating allergy season. This year, put some steam in your life and enjoy the natural beauty of spring and summer like never before.