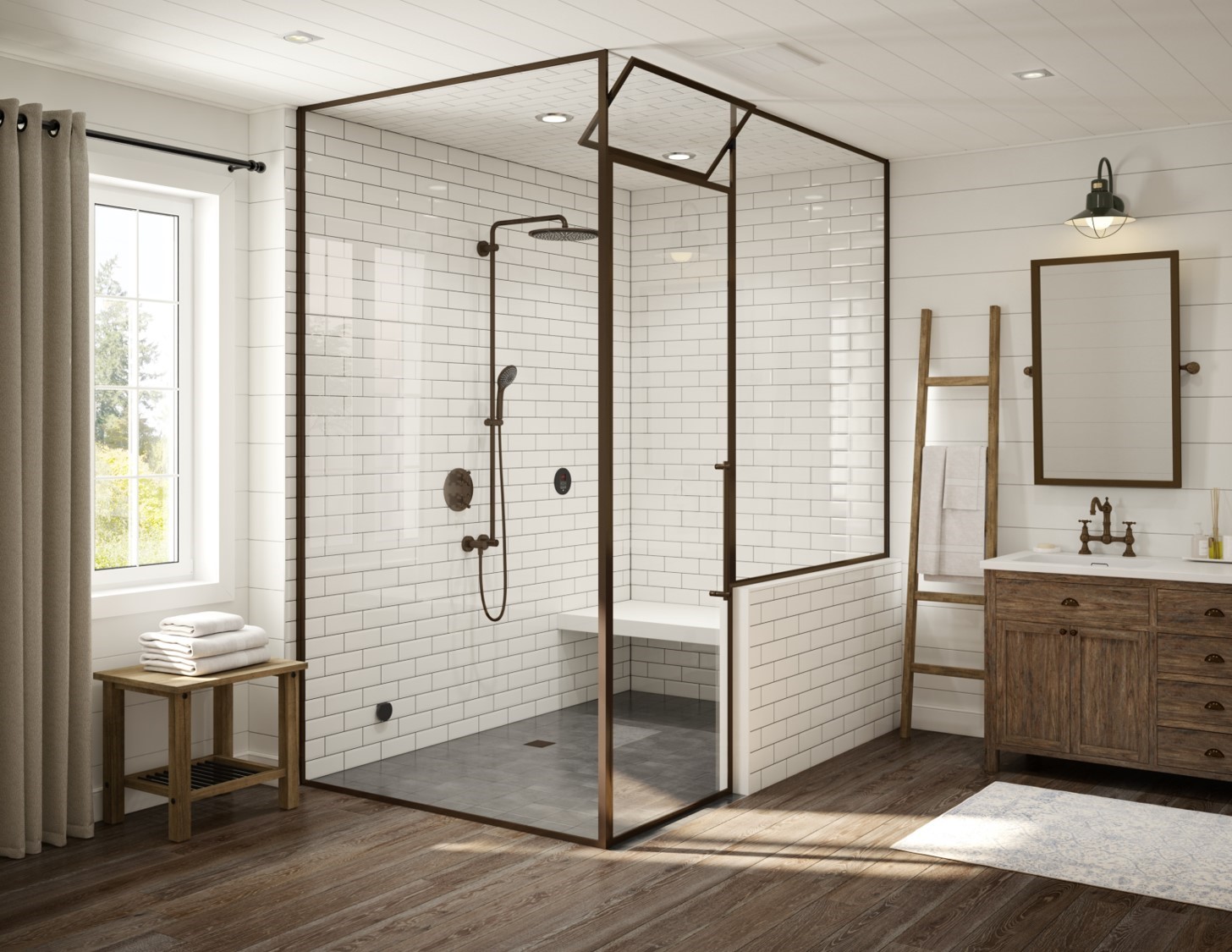 It’s been a while, but the U.S. housing market has finally picked up some steam. Interest rates have been falling and new home sales climbed 15 percent in 2019, signaling that previously reluctant, first-time buyers are now entering the market. So, whether you are a homeowner planning to put your place on the market or a builder who is creating a new custom home or condo, you’re probably wondering: Which upgrades will bring me the biggest return on investment? How can I provide the most appeal for potential home buyers? What will help sell a property quickly, and at or above asking price?

The good news is you don’t have to add a whole new wing to your home. Even minor upgrades can add significant value. Let’s take a look at the best home improvements to increase value.

Those original, single-paned windows may look charming, but they can be problematic. They allow heat to easily pass from one side to the other, which means homeowners get a double whammy of costs: higher costs for heating during the winter months and higher costs for air conditioning in the summer. Older windows are also far less soundproof, so traffic sounds or barking dogs aren’t muffled well. Old windows also allow in more of the sun’s damaging rays, which can wreak havoc on fabrics such as carpets and furniture.

That’s why replacing windows is one of the most popular yet affordable upgrades that add value to your home. Swapping out single-pane windows with windows with an Energy Star rating can save a homeowner up to $465 a year, according to the U.S. Department of Energy. Window expert Michael Bohm tells Realtor.com that “a conservative estimate would be to expect to recoup about 70 percent of the purchase price of your replacement windows when it comes time to sell your home.” The Efficient Windows Collaborative has a handy rundown showing what type of windows are recommended for each state, based on climate and geography.

2. Do a Kitchen Remodel (But Don’t Go Crazy)


Deluxe, high-end kitchens are a common feature in luxury homes—and, of course, in the abodes of actual professional chefs. But for the average home buyer, a commercial-grade gas stove with six burners and a $2,000 vent is overkill. Most home buyers are looking for simpler pleasures: a good layout, decent quality appliances, and contemporary cabinet finishes. That’s why Moving.com reports that a minor kitchen remodel will recoup 81 percent of its costs in average resale value, while a major kitchen overhaul typically only garners 53.5 percent of the cost.

Examples of a minor kitchen remodel are replacing the sink and faucet, putting in an energy-efficient refrigerator and updating the cabinet faces. A major kitchen remodel has an average national cost of $131,510, reports Remodeling, and involves bucket-list items like stone countertops and custom cabinetry.

Before you remodel a kitchen, Zillow.com recommends considering three factors—home value, local market, and budget. We’d add: How bad is that kitchen? An avocado colored fridge and total lack of counter space will turn off almost any home buyer. After all, Zillow reports that 58 percent of buyers stated that a kitchen was either extremely or very important in their recent home-buying decision.

Easy bathroom upgrades for adding value to the home include installing a new toilet, putting in attractive lighting, painting using a neutral palette, and updating the hardware. But take it a step further: Today’s home buyers are in search of bathrooms that evoke an indulgent experience. “We’re seeing that people no longer see the bath as a utilitarian space and more as an experiential space,” interior designer Young Huh told Elle Décor. “They’re looking for spa-like experiences as well as a kind of theatrical beauty for what used to be a very interior and private space.”

Tap into this spa-inspired bathroom trend by installing a steam shower. In fact, merely using the term “steam shower” in a listing elicits a strong response. According to Zillow’s “Listing Features That Sell” analysis, a home that is advertised as having a steam shower can sell for up to 30.7 percent above the expected sale price.

The cost for installing a steam shower depends on several factors, such as if a remodel is turning a standard shower into a steam shower, choice of materials, and how sophisticated you want to get with accessories such as fold-down seats, AromaTherapy, or built-in speakers. But on average, an at-home steam room is an additional 25 percent investment on a shower remodel budget. See two examples of projects with “Breakdown The Costs: What an In-Home Spa Will Cost You Over Time.”

Unlike the massive whirlpool baths that used to be popular, steam showers are more affordable in the long run. A week’s worth of steam showers sips 14 gallons of water, about 1 ½ gallons per session, while filling up a standard tub takes 80 gallons for just one bath, and filling an extra deep one, 110 gallons per use. Energy consumption is also low—less than $1 per steam session—making a residential steam shower an affordable luxury that will appeal to home shoppers. For more, see “Will Your Steam Shower Add Resale Value?”

The growing popularity of backyard decks, patios, and in the East South-Central states, front porches, are part of the trend toward features that enhance a home’s exterior, reports Professional Builder. Looking at the numbers, for midrange homes, a backyard patio has an average national cost of $54,130 and adds a resale value of $25,769, according to “2018 Cost Vs. Value Report,” from Remodeling. Decks range in cost from $1,200 to $10,000 or more, considering factors such as materials used and add-ons like built-in seating and fancy railings.

Speaking of railings, ensure they are the correct height for your state’s building code, and also consider architectural style. A Victorian home with an elaborate wood back deck makes sense, while a Colonial home with the same treatment would look out of sorts. Add even more safety and aesthetic appeal with exterior lighting for the porch, deck or patio, such as spotlights or pendant lights.

The number of bedrooms is key when pairing a family with the right house, but many buyers also opt for a bit of extra room. Sixty percent of buyers were interested in having a spare or guest room, according to the Zillow Group Consumer Housing Trends Report 2018.

Where can you find this magical extra room? Consider converting an unused or under-loved space, like an attic or basement, into an attractive living space. Turning an unfinished attic into a bedroom with a bathroom costs about $75,000, according to the National Association of Realtors’ Remodeling Impact Report, and retains 53 percent of value when the home sells. Converting a basement to a living area costs about $40,000, and the percent of value recovered from the project is 63 percent.

Remodeled basements are particularly attractive to high-income buyers in the Northeast, Middle Atlantic and Pacific Northwest, according to data from the National Association of Realtors.

Beyond bedrooms, consider styling an extra room as a game room, a crafting area, a cozy home theater, or a potential apartment for an aging relative. “Versatile rooms have greater appeal to potential buyers,” according to Money Crashers.

A beautiful hardwood floor can last decades, adding rich tones to the décor while standing up to abuse heaped on it from kids, pets, and foot traffic. But as easy to clean and durable as wood floors are—and as popular as they are among today’s home buyers—an older floor will probably need a little TLC before you hang up a “for sale” shingle. It will be well worth the time and cost: The National Association of Realtors says refinishing hardwood floors recoups 100 percent of the cost when it comes time for resale, making it one of the best home improvements to increase value.

For a new build or a home that has previously had carpet, the average ROI for installing hardwood floors is in the 70 to 80 percent range, according to Realtor.com. It also attracts buyers; according to Kiplinger, 83 percent of home buyers want wood floors as an amenity. You can also feel good about hardwood floors as this material boasts the longest lifespan compared with other types of flooring materials, like carpet, which needs to be overhauled every 8 to 10 years.

When determining which home improvements will bring you the biggest ROI, consider this: Most home buyers are looking for something move-in ready. According to real estate site HomeLight, only 18 percent of home shoppers are on the hunt for a fixer-upper. People want to move in, and start living. And even minor investments in the home, such as adding curb appeal with landscaping, or pressure washing the siding, can help get a home sold more quickly, and for a higher price. Who doesn’t want to hear an agent calling you to say, “We’ve had multiple offers!”